Joining the swimming elite at the young age of seventeen, Olympic Speaker Aaron Peirsol has accomplished what many aspiring young athletes could only dream of achieving. He has won a grand total of thirty-six medals in various major international swimming competitions, ranging from the Olympics to the World championships as well as the Pan American championships and Pan Pacific championships. Peirsol has been awarded twenty-nine gold, six silver, and one bronze medal and is a four time record holder.

Aaron Peirsol has competed in the three Olympics of Sydney, Athens, and Beijing and was a commentator and guest reporter for the New York Times in London at the fourth, as well as a seven time world champion.  While at the 2004 Olympic games held in Athens, Greece, Aaron won three gold medals and swept all of the backstroke events making him one of the top Olympians for those games. He made international headlines yet again in 2008 when he broke the world record for the 100m backstroke for the fifth time. Aaron won two more gold medals at the 2010 MOO Pan Pacific Championships in the 100m backstroke and 400m medley relay.

In 2011 Aaron retired from professional swimming because he felt that he had accomplished everything that he had set out to do athletically and wanted to go to graduate school to obtain his degree in political science at the University of Texas at Austin. He enjoyed being able to finish his swimming career in the same pool that he started it in at the 2010 Pan Pacific Championships. Currently he gives back to the community through advocacy, motivational speaking, and youth swim clinics.  He also has his own fundraising program called Aaron Peirsol’s Race for the Oceans, which aims to help protect the world’s oceans through the clean ocean advocacy group Oceana. 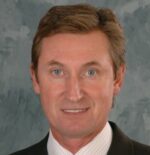 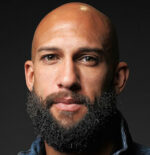