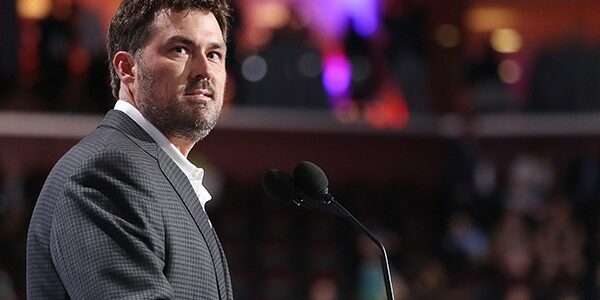 American hero Marcus Luttrell’s story of comradery, disaster and triumph takes you on an emotional journey that puts life in perspective and propels you forward.

As many of you know, lone survivor Marcus Luttrell lost some of his closest friends during the tragic Navy SEAL mission Operation Red Wings in Afghanistan in 2005. To escape, he had to walk seven miles with a broken back and was saved by a local countrymen who protected him from the Taliban. In desperate moments, people become capable of incredible feats. When humans are pushed well beyond normal limits, there’s no telling what we are capable of. Lone survivor Marcus Luttrell’s story is a shining example of courage and strength in the face of uncertain adversity.

Adapting to the Screen – Lone Survivor Marcus Luttrell and Others:

True stories hold a special place on bookshelves and movie screens. Following his harrowing ordeal, Marcus Luttrell’s Lone Survivor memoir flew off the shelves. So incredible, it inspired a film adaption, in which Mark Wahlberg plays Luttrell in “Lone Survivor”. Outdoorsman Aron Ralston’s incredible predicament in which he was forced to amputate his own arm to break free from a rock slide was reenacted by James Franco in “127 Hours”. The film “Captain Phillips” starring Tom Hanks depicted the pirate siege of the real Captain Phillips‘ container ship.

Marcus and several actors discuss the making of the movie, Lone Survivor.

These real life stories of bravery and overcoming obstacles are a great inspiration for all who head the underlying messages. Consequently, Marcus and these other motivational speakers mentioned have become the top choice for many organizations looking to hire motivational speakers to give a keynote at corporate conferences and special events.

Another World, Another Life:

People love adventure. Some prefer to watch it on the big screen, others get out and live it. These stories above are about finding one’s path, persevering through life’s unique challenges and healing. Think of author Cheryl Strayed’s Wild for example. Her journey was recounted in the film of the same name starring Reese Witherspoon. Strayed wrestles demons of drug abuse and sexuality, encountering dire situations as she journeys 1,100 miles on the Pacific Crest Trail.

Other stories are lighter, like “Eat, Pray, Love”. Journalist Elizabeth Gilbert travels for one year to eat, pray, and love with those around her. The hit memoir was adapted into a movie with Julia Roberts, that also became a massive success. Sometimes we all wonder what would happen if we took off for a little while. What would we find? These stories feed that curiosity.

We all love a gutsy protagonist. Someone who pushes the limits, slices through red tape, and risks it all for the sake of a noble cause. Lone Survivor Marcus Luttrell embodies all of these gutsy qualities when he stood up to the Taliban and took a stand for his brothers in arms. Another famous motivational speaker who fought against authority for the greater good is Erin Brockovich. Erin is a legal clerk who stood up for California’s poisoned drinking water. In “Spotlight,” reporters at the Boston Globe took the controversial beat of Catholic priest sexual abuse throughout Boston, an issue that rubbed against some deep politics. The story had huge impact and the film won an Oscar.

When it comes to motivational stories, an intense fight keeps you on the edge of your seat. Characters who have all the odds stacked against them like a cornered mouse in a maze are appealing. There’s a hero to root for here. A nervy fight and a victorious outcome are the ingredients to a story worth telling over and over again. People want to believe good can happen and that people will rise up. For example, the success of the movie Hidden Figures examines several heroes. Three intelligent, scientifically minded African-American women who worked at NASA in Hampton, VA during the 1960s have no big career in sight, despite their powerful minds. But, they find a way, and things change, everything from the elimination of segregated bathrooms to computer engineering to solving the unsolvable math to further the space program.

Find Your Strength and Courage in One of These Top Motivational Speakers!

Crawling out of our inhibitions, taking a chance, standing for what we believe, and the sheer will to persevere are the qualities that make these stories so powerful. When you watch or read Marcus Luttrell’s Lone Survivor, you find a special kind of bravery and heart that heroes possess. Heroes like the ones mentioned above are excellent motivational speakers because they’ve dug deep within themselves to go the extra mile and come out on top. They have a moving story to share with your audience that will keep them on the edge of their seats. The ultimate goal of any motivational event is to find a keynote speaker that truly IMPACTS those in attendance. That is what you get when you hire Lone Survivor Marcus Luttrell or any of these motivational keynote speakers.