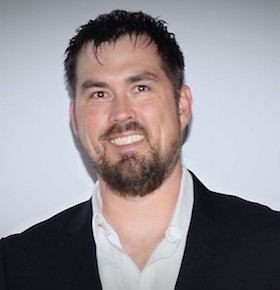 Motivational Speaker Marcus Luttrell is a former Navy Seal whose heroic story was the source of inspiration for the major motion picture Lone Survivor released in 2013. Marcus and his fellow Navy Seals displayed unmeasurable patriotism, courage and sacrifice during a recon mission known as Operation Red Wings in 2005. In 2007, Marcus published a New York Times Bestselling book titled Lone Survivor: The Eyewitness Account of Operation Red wings and the Lost Heroes of SEAL Team 10. He now travels the country as an inspirational Motivational Speaker and operates his own foundation to help wounded warriors and their families.

Marcus and Seal Team 10 members Michael Murphy, Danny Dietz and Matthew Axelson were deployed into a dangerous region of Afghanistan to capture or kill a local Taliban member who had been linked to Osama bin Laden. The U.S. rules of engagement include not firing unless fired upon and Marcus and the team upheld this rule when they were discovered by some unarmed goatherds in the area. Unfortunately their mercy was used against them and the team was ambushed within an hour from a large group of Taliban insurgents lead by the man they were searching for, Ahmad Shah. Michael, Danny and Matthew were killed in the ambush and Marcus was left with a broken back and serious wounds.

He was rescued by a local Afghan villager who provided him shelter from the advancing Taliban. The villagers enacted a cultural peace tradition called Pashtunwali that protected Marcus from the enemy and allowed U.S. forces to come in and rescue him. In 2006, Marcus, Danny and Matthew were awarded Navy Crosses for their courage and heroism and Michael was awarded the Medal of Honor. All have since received Purple Hearts.

Motivational Speaker Marcus Luttrell founded the Lone Survivor Foundation in 2010. The foundation provides therapy and support to wounded warriors and their families. In 2015, he created the Patriot Tour. Marcus and several other former military personnel and family members including the late Chris Kyle’s wife Taya Kyle who travel the country providing keynote speeches to promote courage, perseverance and faith.

Motivational Speaker Marcus Luttrell is a humble family man who uses his life’s journey to encourage others to live life to the fullest.