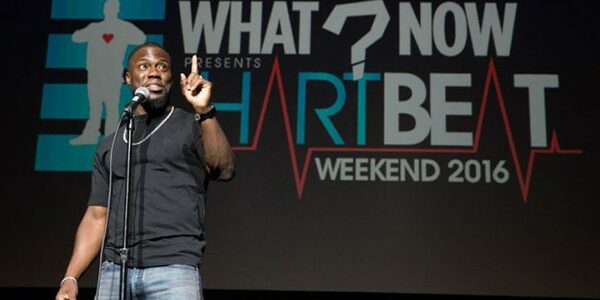 What’s in a name? Well a lot, actually!

Celebrities are known best by their stage names. Cher, Madonna, Prince (or his symbol), and Sting set an industry trend that has no sign of stopping. Stage names are used for all kinds of reasons. In the single name statement case, it envelops a persona and attitude. We all bow down to Prince! Sting pierces you and gets into your soul, while Madonna—well, she’s built a career out of pushing the envelope in her industry.

Some names are manufactured for the stage, and a lot of the time they work. Comedian Kevin Hart’s real name is in fact Kevin Darnell Hart, but when he was starting out, he took the name Lil’ Kev. Kevin Hart’s real name didn’t quite have the star power he was looking for. All the same, while much of his act is about making fun of his own short height, the stage name didn’t really stick—at first anyway. Now, decades later, he has a new animated series coming out on Fox based on his childhood. It’s called Lil Kev.

Joaquin Phoenix’s real birth name was Joaquin Bottom. Doesn’t quite have the same groovy ring to it, but he’s not the one who changed it. The family was part of a religious group, and when they left, they chose a new last name to mark their new beginning: aptly, Phoenix. While Joaquin is the actor’s real name, for a time he was touting himself as Leaf, to go along with his naturally named brothers, including the late River Phoenix. However, it just didn’t stick.

Two Names Versus One:

Other celebrities have two personas—their stage name as well as their birth name. Dwayne Johnson’s career started in wrestling, and he took the moniker Rocky Maivia, after his father named Rocky and his grandfather’s last name, Maivia. Soon, he shortened it to The Rock. Now that he’s an actor, he bills himself as Dwayne Johnson. It’s a little like how Kevin Hart’s real name eventually became his stage name anyway. But Lady Gaga is taking a different tactic. The pop star has a long and winding birth name: Stefani Joanne Angelina Germanotta. Whew! But as she digs into her first acting gig, she’s taking her credit as Lady Gaga. She’s owning it, through and through. Sean “Puffy” Combs seems to change his name with the seasons, from Puff Daddy to P Diddy, it’s hard to keep up.

Changing a name is an experience, but a lot of the time it’s about branding. That was the issue with Kevin Hart’s real name—he wanted a brand. Katy Perry’s real name is Kathryn Hudson, but Katy Hudson sounded too much like the actress Kate Hudson. Singer Lana Del Rey’s real name is Elizabeth Woodridge Grant, and while her first album was recorded as Lizzy Grant, it doesn’t quite have the star power that Lana Del Rey produces.

The Person Behind the Name:

As an actor or musician, life takes on two different forms. The public life—the one at awards shows, doing television appearances, performing on stage, on set, or in the studio—is really a kind of brand. Even though Joaquin Phoenix and Kevin Hart’s real name are their stage names, the on-camera persona is still there. Once the makeup comes off, the costume is hung up, and the shoes are kicked into the closet, these stars become the people they always were. Kevin, Dwayne, Lizzy, Stefani, and Sean. The stage name sheds.

There’s a lot to learn about people who can turn it on and turn it off like celebrities do, particularly the ones who manufacture their own stage appearance. To learn more about the power behind celebrity speakers, contact one of our speaker booking agents today.