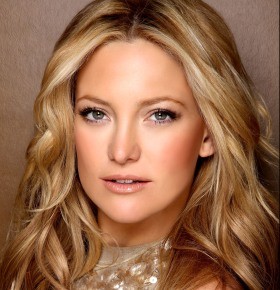 Kate Hudson may be America’s golden girl, but she has rightfully earned her spot among Hollywood’s most in demand celebrities. After turning down what could have been her breakthrough role in the 1996 film Escape from L.A. because she did not want to be associated with her actor father, Celebrity Speaker Kate rose to fame on her own terms with the breakout role of Penny in the 2000 film Almost Famous. The role earned her a Golden Globe Award for Best Supporting Actress – Motion Picture as well as numerous other awards and recognitions.

Since Almost Famous, Kate’s acting career has been on a rapid ascent with no end in sight. To date, she has won sixteen awards and received over twenty-five nominations for starring in films such as How to Lose a Guy in 10 Days with Matthew McConaughey, Raising Helen, and Something Borrowed. In 2009, Kate starred in Bride Wars alongside Anne Hathaway; she was also one of the movie’s producers. Not only does the actress have pure, unbridled talent and a smile that lights up any room, but Kate also comes from a family of entertainers—she is the daughter of Goldie Hawn, an Academy Award-winning actress, and musician and actor Bill Hudson; her brother Oliver Hudson is also an actor.

Kate is the official spokesperson of Ann Taylor, appearing in numerous print ads and collaborating with the women’s retailer on several occasions to design collections. She has also been the face of makeup line Almay since 2011. In 2013, Hudson began a partnership with online fashion retailer JustFab to launch her own line of workout clothes and active wear called Fabletics. The actress has graced the covers of countless magazine, including Shape, Self, Marie Claire, InStyle, Elle, and Glamour. Despite her obvious good looks, Kate is refreshingly down-to-earth; she practices Pilates and stays busy raising her two sons.  A proponent of green living, Kate launched her own eco-friendly hair care line in 2008 called David Babaii for WildAid, with ten percent of the proceeds being donated to the wildlife conservation organization WildAid. In 2008, she also contributed parenting tips to the book Healthy Child Healthy World with other celebrities like Gwenyth Paltrow, Keri Russell, and Tobey Maguire.