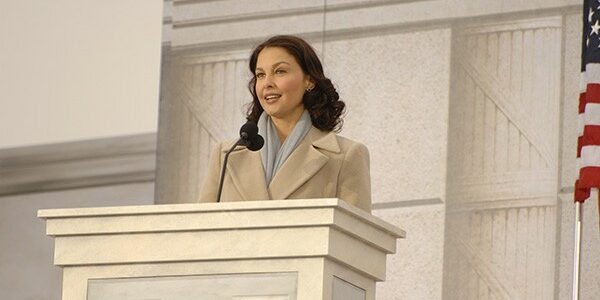 America is changing, that much is for sure. While our government officials and political pundits steer the topic of political conversation, there are many celebrity human rights speakers who are sharing their political views and using their voices to encourage social change. We have put together a list of the top human rights speakers in Hollywood who are available for keynote speeches, moderated Q&A sessions and other personal appearances at corporate conferences, fundraisers, leadership summits and other special events.

Ashley Judd: Ashley has been one of the most outspoken members of Hollywood advocating heavily for global human rights and women’s equality. She recently delivered a riveting speech at the Women’s March on Washington Rally held on January 21st. In recent months, Ashley has been hired as a headlining celebrity keynote speaker for a handful of corporate conferences and fundraising galas in addition to her TedxTalk discussing cyberbullying at the TedWomen Conference in October. Ashley is an empowering female celebrity figure who can speak to a variety of environmental and social issues in America today. 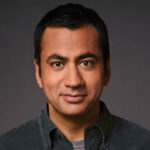 Kal Penn: Many know this celebrity keynote speaker best as lead funnyman of the Harold & Kumar film series. He is currently starring in the ABC’s drama series Designated Survivor. But away from the film set, Kal has been actively involved in the shaping of social change in America serving as an associate director in the White House Office of Public Engagement. In recent weeks, Kal responded to the new immigration ban by starting his own crowdfunded fundraiser for Syrian refugees. He raised over $500K in just 24 hours! This has led to public discussions about his own experiences growing up as the son of immigrant parents in America and how the nation can come together to create real change. 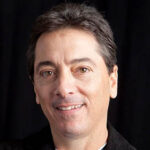 Scott Baio: Scott will forever be remembered for his iconic role as Chachi Arcola in the classic American sitcom Happy Days and it’s spin-off Joanie Loves Chachi. He is also a well-documented conservative republican who has been called upon as a celebrity voice in politics in recent weeks appearing on various news programs on Fox News, CNN and more. Last July, Scott was a featured celebrity keynote speaker at the 2016 Republican National Convention in Cleveland, Ohio. Scott’s candor and tell-it-like-it-is demeanor truly engages audiences and inspires action during his keynote speeches and personal appearances. 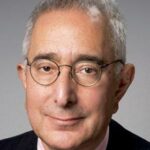 Ben Stein: Ben offers audiences an incredibly intellectual and educational keynote experience thanks to his eclectic background in politics and entertainment. Once a political speech writer for presidents Richard Nixon and Gerald Ford, Ben has enjoyed quite the successful career as an actor, author, Emmy Award-winning game show host and celebrity spokesperson. Ben has also written a number of published commentaries on the current state of the American society, economy and political structure. As an event keynote speaker, Ben can touch on a wide range of social and economic issues. 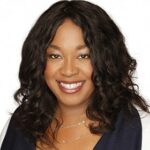 Shonda Rhimes: TV producer and screenwriter Shonda Rhimes is another celebrated figure in entertainment who is using her celebrity platform to address social justice and women’s equality issues in America today. Shonda first earned recognition as the genius creator behind ABC’s Grey’s Anatomy and now produces the hit political drama Scandal and How To Get Away With Murder. In February of 2016, Shonda delivered her own TedxTalk discussing ways to take control of your own life and destiny. She now makes regular appearances on major news networks sharing commentary on topics such as the glass ceiling for women in the workplace and the undervaluing of women’s achievements in entertainment. 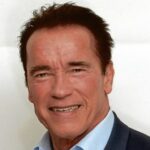 Arnold Schwarzenegger: Arnold is a role model and hero for many immigrants who have come to America searching for a better life. America was built on the success stories of immigrants and Arnold’s is one of both celebrity and political appeal. Of course everyone remembers him for his bodybuilding world titles and major motion pictures, but Arnold sought to do more. He served 8 years as the governor of California from 2003-2011 and has remained a prominent voice in American politics. Outside of immigration issues, Arnold has also focused specifically on raising awareness about the dangers of climate change and helped found the Schwarzenegger Institute for State and Global Policy that encourages leaders to put people over politics when making key policy decisions. 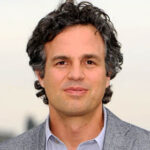 Mark Ruffalo: Humanitarian and social activist Mark Ruffalo and renowned documentary film director Michael Moore led a political rally in Manhattan last week that also featured guest appearances from celebrity speakers including Julianne Moore, Sally Field, Robert DeNiro and Alec Baldwin. Mark and his celebrity counterparts were focused on underline the need for protecting the earth, healthcare for all and equal opportunity. Mark has also been touted as the famous face of anti-fracking initiatives and has openly opposed the building of the Dakota pipelines. He is one of the top available celebrity human rights speakers who can strike a chord with attendees at your next fundraiser or leadership summit. 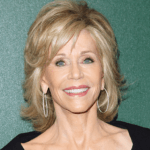 Jane Fonda: This 2-Time Academy Award winner and iconic fashion and fitness guru has been heavily involved in many environmental and social causes as a political activist over the course of her career in entertainment. She has been a longtime advocate of women’s rights and has been critical of the Dakota pipelines in support of the Native Americans who stand to be uprooted should the pipelines be approved. Jane has never been afraid to fight for what she believes in and she understands the influence she has as such a well-known celebrity figure regularly appearing as a featured celebrity keynote speaker for corporate events and fundraisers. 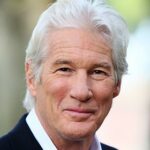 Richard Gere: Richard is a global human rights activist who rose to fame in playing the lead male role in hit romantic comedies and dramas such as Pretty Woman, Runaway Bride and Nights in Rodanthe. He currently serves as a board member for Healing the Divide which supports global initiatives promoting peace, justice and understanding. In essence, that is Richard’s message as an activist: all humans deserve the same rights and fair treatment. In September, Richard served as the featured celebrity speaker for The Salvation Army’s 45th Annual Civic Celebration held in Syracuse, New York. 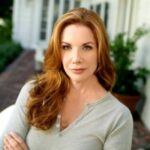 Melissa Gilbert: Melissa has come a long way from that little house on the prairie in Minnesota! She has gone on to appear in many TV shows and films, served as President of the Screen Actors Guild and even was a contestant on ABC’s Dancing with the Stars in 2012. In 2016, Melissa ran for U.S. Congress and won the Democratic primary in Michigan’s 8th congressional district. Although she was later forced to drop out of the race, Melissa’s desire to get involved and weigh in on key political and social issues has not gone unnoticed.