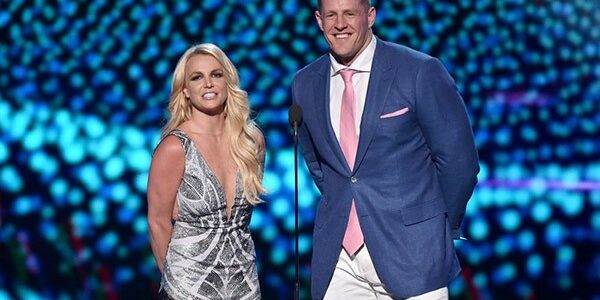 The Business Of The ESPYs: Who’s Really Winning Tonight?

Everyone knows The ESPYs as a huge sports awards show. But have you thought about the business of the ESPYs?

What are the ESPY Awards? In essence, they’re a celebration of human feats of mental and physical toughness. But in actuality, they’re so much more. In 2017, celebrities such as Kendall and Kylie Jenner, Michelle Obama, Jake Gyllenhaal, Rachel McAdams, and Samuel L. Jackson attended the ESPYs (and not a single one of them were receiving awards or were spouses of people who were). ESPY stands for Excellence in Sports Performance Yearly. However, for an award so sports-centric, what drives A-List celebrities in droves to the awards every year? The answer is positive visibility and support for a good cause. The reason the ESPYs have remained so popular is due to smart marketing and planning decisions by the organizers. Since the second ESPYs, a portion of the proceeds have gone to the V Foundation for cancer research. In an age where cancer is a bigger threat than ever before, this support continues to drive more celebrity participation year after year.

The 2018 ESPYs, airing 7/18 on ABC, are being hosted by longtime GoDaddy spokeswoman Danica Patrick. Also scheduled to perform is singer Jorja Smith and singer/songwriter MILCK. Per tradition, a short comedy skit is will be on the menu tonight as well. The ESPYs are a true intersection of sports and pop-culture that isn’t seen anywhere else today. As such, they’re an empowering platform that allows the host, presenters and award recipients to tackle many social justice issues plaguing the nation today, and recruit the help of millions of captive audience members to their causes. The irreverent nature of the ESPYs as well as the pure crowd appeal due to the biggest celebrities and athletes in attendance leads to a culture and community centered on positive change and influence.

This unique visibility also gives athletes a chance to get sponsorships they otherwise may be totally unable to acquire.

In many sports, visibility and therefore sponsorships are not easy to come by. One example of this is in the sport of horse racing. Of course you’ve heard of Secretariat, American Pharoah and Justify, but could you name a single jockey? That’s where the business of the ESPYs becomes apparent. Especially in awards such as Best Jockey, Male/ Female Athlete with a disability or Best Bowler. The sponsorships to athletes and sports that are made possible due to the visibility of the ESPYs allow many people to pursue their athletic dreams rather than working 9-to-5s.

In conclusion, the business of the ESPYs is not giving awards. The business of the ESPYs is a celebration of pop-culture. It’s a nexus of change that influences both those who watch and those who don’t. As a brand or organization, the ESPYs and other major award functions are a great place to find “diamonds in the rough” when it comes to celebrity spokespeople. Not everyone can afford the

Contact Celebrity Speakers Bureau today to discuss potential partnerships and celebrity endorsements your company is exploring. From sports stars to major A-list celebrities, there is a market for celebrity endorsements that generate real ROI. Our team of experienced marketers and talent booking agents are at the ready to help you build the next viral celebrity marketing campaign! Our team can be reached via email at booking@celebrityspeakersbureau.com or by phone at (212) 410-2853.