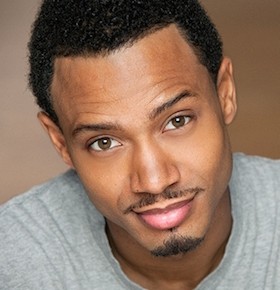 TV Host Speaker Terrence J is a former DJ turned successful actor and TV host. His multiple talents landed him a job as a co-host on BET’s 106 & Park in 2006, which aired in over 85 million homes in the U.S., Canada, United Kingdom, Africa, Japan and the Caribbean. 106 & Park was BET’s #1 rated show until it was canceled in 2014. Terrence left the show in 2012 to accept a new position as a featured co-anchor of E! News. He is now a red carpet regular for E!, reporting live from major award shows each year.

This North Carolina A&T University graduate has also starred in many movies such as Stomp the Yard 2: Homecoming, Think Like a Man, Think Like a Man Too, and Baggage Claim. His acting talent has also spilled over into TV series such as BET’s The Game. When TV Host Speaker Terrence J is not on-air, he can be found further constructing his own entertainment group. Terrence J is a co-founder of Jenkins Entertainment Group which is a company that specializes in hosting, consulting and formulating marketing plans. He is also an author and has written the book The Wealth of My Mother’s Wisdom: The Lessons That Made My Life Rich, which elaborates on how important his mom’s influence was on him as he grew up.

TV Host Speaker Terrence J wants to share his success with others. In 2015, the kind hearted TV personality recently gave his alma mater (NC A&T) an endowment of $100,000 and the school in return pronounced April 24th as Terrance J Day. Terrence also participated in a networking session and moderated Q&A sharing his advice for students.

TV Host Speaker Terrence J is a heralded member of the TV journalism industry whose career is a living testament to hard work and dedication to one’s craft.