Celebrity Chef Speaker Ted Allen is the winner of an Emmy Award and host of the TV series, Chopped on the Food Network and a regular on the network’s show, The Best Thing I Ever Ate. In addition to Chopped, Ted Allen is the host of two other shows on Food Network: the guide to classic foods across America, “Best. Ever.”; and a competition for amateurs, “All-Star Academy,” which debuted in March 2015. He has been seen as a judge on the first four seasons of Bravo’s Top Chef and Food Network’s Iron Chef America, as well as the food and wine specialist on Queer Eye. Aside from the kitchen, Ted is also an author of The Food You Want to Eat: 100 Smart, Simple Recipes, and Queer Eye for the Straight Guy: The Fab Five’s Guide to Looking Better, Cooking Better, Dressing Better, Behaving Better, and Living Better.

He is a spokesperson for Robert Mondavi Private Selection wines, and in his role, he works with consumers on wine education and how to pair wines with food. Ted Allen also gives much of his time to helping out local and national charities including, Dining Out For Life, AIDS, and serves as Culinary Council for the Food Bank For New York City and emcees GMHC’s annual Savor fundraiser. 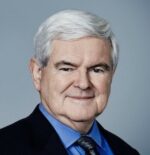