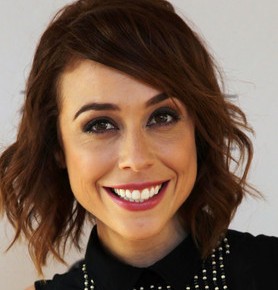 Celebrity Speaker Shira Lazar began her media career as the host of the College Sports Television program “1st Person.” The following year, she accepted a job as a host and producer for Music Plus TV. In 2006, Lazar contributed a number of feature pieces to Hollywood.com, as well as contributing an Oscar’s awards night preview feature for Los Angeles Confidential. Two years later, Lazar began hosting LX TV, a lifestyle entertainment show for NBC4 in Los Angeles. In 2009, Lazar started an online weekly video program called This Week on Mahalo.com. Lazar also became a contributor to CBSNEWS.com this year with a blog called OnTheScene. In 2010, she was a guest speaker at the Mashable and CNN Media Summit. At the 2011 Grammy Awards and Oscar awards, Lazar hosted live stream red carpet content. During this year, she also started a weekly blog series on Entrepeneur entitled “Social Media Breakdown.”

Lazar’s What’s Trending was nominated for a 2012 Primetime Emmy for Outstanding Creative Achievement for an Original Interactive Television program. In June 2013, it received a seven figure investment from Bedrocket Media Ventures to expand content production and distribution. Lazar has been featured in a number of magazines, including Fast Company, Wired, and Forbes. She was named one of the “Most Influential Women in Technology” by Fast Company, and was also named a “Woman in Tech You Need to Follow” by the Huffington Post. In April of 2015, Lazar was honored by Cynopsis Media as one of the “Top Women in Digital”.