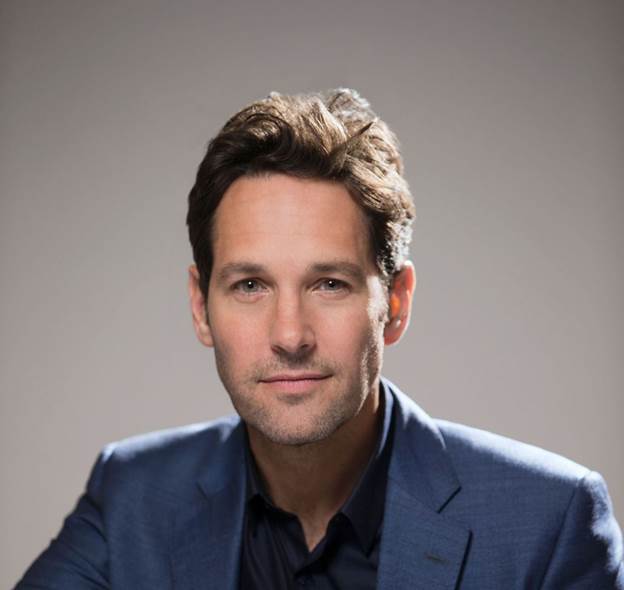 Paul Rudd is a celebrity speaker, actor, comedian, screenwriter and musician. After over a decade, Paul has stunned filmgoers with his ability for turning in performances marked by thoughtful insights and a modest personality. It comes as no shock that Paul is one of comedy’s most talented actors in film and television. In 2014 he was chosen as the new celebrity spokesperson for Hyundai in all of their print and TV ad campaigns.

Since Paul made his television debut for Sisters, opposite Ashley Judd, he has appeared in several TV series. His major breakthrough came when he portrayed the college stepbrother in the hit comedy Clueless. He earned his first nomination for Outstanding Performance by a Cast in a Motion Picture with his role in the film The Cider House Rules.

In 2004, Paul started working with director, producer, and comedian Judd Apatow, where he often stars with other Apatow film regulars like Steve Carell, Jonah Hill, Leslie Mann and Seth Rogen. Paul’s career took off after he played the role of Brian Fantana in Anchorman: The Legend of Ron Burgundy alongside Will Ferrell, Steve Carell and Christina Applegate.  The following year, he appeared in the hit comedy, The 40-Year-Old Virgin starring Steve Carell and Seth Rogan. In the 2007 film Knocked Up, Paul was cast as an unsatisfied husband that was married to Leslie Mann’s character as well as Wanderlust with Jennifer Aniston. Other notable films include Forgetting Sarah Marshall, Year One, Role Models, Dinner for Schmucks, Bridesmaids, and the sequel Anchorman 2: The Legend Continues.

Paul has also appeared in several episodes of Reno 911! as well as Veronica Mars. In 2012, he won the Critics Choice Television Award for Best Guest Performer in a Comedy Series for his role in the NBC comedy series Parks and Recreation. He also took home an award for the Best Performance by an Ensemble for his supporting role in the teen drama The Perks of Being a Wildflower.

Most recently, in May 2015 Marvel Studios confirmed Paul will reprise his role in Captain America: Civil War. Also Paul accepted a role as the leading character in the upcoming superhero film Ant-Man. In the film, Paul portrays Scott Lang, which is a fictional character in the American comic book series that was published by Marvel Comics.

In addition to his acting career, Paul has also appeared in numerous magazines including GQ, Vanity Fair and Entertainment to name a few. Paul is also an avid supporter of charities including The Rolling Dog Farm, The American Cancer Society as well as the Cancer Center at Children’s Mercy.