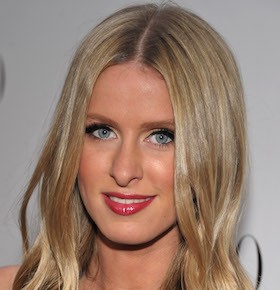 As a descendant of the famous Conrad Hilton who founded Hilton Hotels, celebrity speaker Nicky Hilton has led a charmed life as an heiress, socialite, and celebutante but she has also gone out on her own to make a name for herself as a businesswoman, fashion designer and model. Unlike her party girl sister, Paris Hilton who is famous for her reality TV series, The Simple Life, which costarred Nicole Richie, Nicky chose a different path, a more private life, and a successful career as an entrepreneur. After getting her fashion education at Parsons The New School for Design and Fashion Institute of Technology, Hilton debuted her first clothing line in 2004 and started her second in 2007 called Nicholai which was part of Mercedes-Benz Fashion Week in New York City that fall. In 2013 she stunned everyone by wearing a $39.99 dress that she got from Target on the red carpet, sparking what some called a fashion revolution.

Celebrity Speaker Nicky Hilton has appeared on countless television programs throughout her career including Hollywood Squares, The Jamie Kennedy Experiment, Fashion in Focus, Larry King Live, Good Morning America, The Tyra Banks Show, as a guest judge on Project Runway, Entertainment Tonight, Fashion News Live, and even a guest appearance on Da Ali G Show with Sasha Baron Cohen. In 2006 she dabbled in the family business, partnering with a hotel developer to open two hotel properties under the name Nicky O Hotels. She opened the first hotel in Miami, Florida and the second in Chicago, Illinois before the partnership ended.