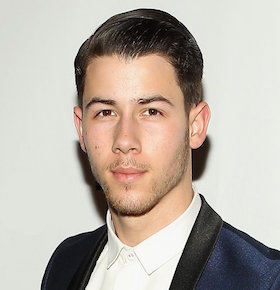 As one of the members of the extremely popular pop sensation group, The Jonas Brothers, it comes as a surprise that Celebrity Speaker Nick Jonas got his start in show business as a theater actor, performing on Broadway at age seven. In those early years, Jonas was cast in numerous big name plays including Les Misérables, The Sound of Music, Annie Get Your Gun, A Christmas Carol, and Beauty and the Beast. By the time he was entering his teenage years, Nick’s career was taking a turn towards the music industry and in 2005 he and his brothers, Joe and Kevin Jonas, were signed by Columbia Records and the pop rock band, Jonas Brothers, was born.

In 2006 the Jonas Brothers released their first album, It’s About Time, with Columbia Records before the label dropped them and the band was picked up by Disney’s Hollywood Record. With their new label, the trio released their second album, Jonas Brothers in 2007 which went double platinum and made it to number 5 on the Billboard charts with the album’s single, S.O.S. going straight to number 1 on iTunes. The Jonas Brothers released two more albums, A Little Bit Longer in 2008, and their final album, Lines, Fines and Trying Times in 2009. The group won the American Music Award for Breakthrough Artist and also received a Grammy Award nomination for Best New Artist.

As the success of the Jonas Brothers grew, so did Nick Jonas’ desire to succeed on his own. In 2009, Nick formed the band Nick Jonas & the Administration as a side project and in 2010 began the Who I Am Tour. Nick Jonas received several individual awards as well, including the Young Hollywood Award for Artist of the Year in 2010 and the Acuvue Inspire Award at the 2013 Teen Choice Awards. Following the breakup of the Jonas Brothers in 2013, Nick Jonas went on to pursue his solo career. He currently stars in the DirectTV drama series Kingdom, which premiered in the fall of 2014. Jonas has since released two singles, Jealous and Chains, and recently announced a North American tour. He can be seen in the horror/comedy show, Scream Queens, on Fox.