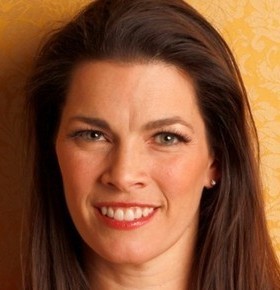 Nancy Kerrigan is a retired American figure skater who was heralded in the early 1990’s for her incredible grace on the ice combined with unmatched skill. Despite an impressive career that saw Nancy achieve much success, she is most notably remembered for an incident at the 1994 U.S. Championships in which Nancy was attacked heading from the ice to the dressing room. The incident, one of the most prominent in the sport’s history, began a wild few months leading up into the 1994 Winter Olympic Games which saw fellow skater Tonya Harding’s then husband, bodyguard, and two hired hit men get charged with the attack on Nancy’s right leg. Nancy would go onto compete in the 1994 Olympics just 7 weeks after the vicious attack and performed masterfully to be awarded the silver medal. She was also considered one of the most elegant and graceful skaters of her time partly with the help of her beautiful and elaborate costumes that were designed by renowned designer Vera Wang.

Olympic Speaker Nancy was a favorite of fans and judges alike when she first hit the ice. She was always in medal contention in the U.S. Championships in the early 1990’s along with skaters Kristi Yamaguchi and Tonya Harding. The trio swept the podium at the 1991 World Championships, the first country ever to sweep the event. Nancy would go on to secure 2nd place at the 1992 U.S. Championships and a spot on the Olympic team. She would earn a bronze medal at the 1992 Winter Games in France and following the retirement of teammate and gold medalist Kristi, Nancy would skate to a U.S. Championship win in 1993. After the attack and Olympic silver medal in 1994 Nancy retired from competition and began a career in broadcasting. She has served as a special correspondent for the 2010 Winter Olympic Games as well as working with NBC with their coverage of the 2014 Winter Games in Sochi, Russia.

Nancy’s mother Brenda is legally blind and Nancy has used her fame to create the Nancy Kerrigan Foundation, which raises support and funds for the vision impaired. During her career she was also the spokesperson for multiple advertisement campaigns for companies such as Evian, Reebok, and Seiko.