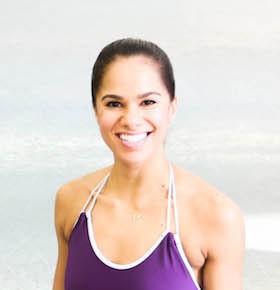 Motivational Speaker Misty Copeland just wanted to dance. Now she has become one of the most empowering female figures in the entertainment industry as the first African-American female principle dancer in the 75 year history of the American Ballet Theatre (ABT). In 2015, Misty’s accomplishments as a professional ballet dancer earned her a spot on Time Magazine’s historic annual list of The 100 Most Influential People in the world. Her inspirational story of perseverance through personal and physical challenges has left many in awe of her undying belief in herself and her desire to break down barriers in the entertainment industry.

Her New York Times bestselling book Life in Motion, released in March of 2014, details a challenging road to the top of classical ballet theater. Misty began developing interest in ballet as a teen. At the time, she was living in a hotel room with her 5 siblings and her mother was working 12-14 hour days to support the family. Misty was a natural on the dance floor and her local Boys & Girls Club dance instructor Cynthia Bradley believed in Misty’s ability. Cynthia invited Misty to attend her advanced ballet classes at the San Pedro Dance Center.

Soon she moved in with the Bradley family so she could pursue her dream of becoming a professional ballerina. She visited her mother on the weekends. This was a very hectic time in Misty’s life. She was winning national ballet competitions and gaining clout in the industry, but her family wanted her back home. After 3 years studying and living with the Bradleys, an ugly custody battle ensued. Eventually Misty moved back home and finished high school at San Pedro High School.

Motivational Speaker Misty Copeland graduated high school and auditioned for several professional dance groups before joining ABT. The rest is history. She became a member of the corps de ballet in 2001 and was appointed as a soloist in 2007. As a soloist, Motivational Speaker Misty Copeland has been a featured act as Juliet in Romeo & Juliet and Clara in the Nutcracker just to name a few. She has worked as a brand ambassador for major companies including BlackBerry and Dr. Pepper. In 2014, Under Armour created a women’s empowerment campaign called I Will What I Want featuring the talented dancer. The TV ad vent viral and has since received over 8 million hits on YouTube.

Motivational Speaker Misty Copeland is an iconic figure in entertainment who uses her story to encourage others to break barriers in their own lives.