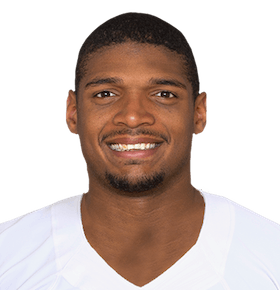 Michael Sam is a former defensive lineman for the University of Missouri and current defensive end for the Montreal Alouettes of the Canadian Football League (CFL) . What makes Michael different than the other NFL hopefuls looking to make a career in the NFL was his recent announcement to ESPN reporter Chris Connelly on Outside the Lines that he is gay. Michael joins the list of several professional athletes who have recently revealed their homosexuality to the public including Baylor’s standout center Brittney Griner, and former NBA center Jason Collins.

Sports Speaker Michael came out to his Missouri teammates at the beginning of the 2013 season and reported that his teammates did not change their treatment of him, and stood behind him in his most vulnerable hour. As a part of the Missouri football team from 2009-2013, Michael redshirted his first year and recorded 3½ sacks and 24 tackles in his first season of playing with the team. He would work hard to become one of the elite defensive linemen in the Southeastern Conference, widely considered the toughest conference in college football. In his senior season in 2013, Michael would record 11½ sacks and 19 tackles for a loss leading his team and the conference in both categories. He was recognized as the 2013 SEC Defensive Player of the Year and was selected as a member of the All-SEC First Team. Michael’s impressive season also propelled him to be a semifinalist for both the Chuck Bednarik Award given to the best defensive collegiate player and the Lombardi Award, given to the best collegiate lineman or linebacker. His career totals at Missouri amass to 123 total tackles including 36 for a loss, 21 sacks, 6 forced fumbles and 2 interceptions. Michael was drafted in the seventh round of the 2014 NFL Draft by the St. Louis Rams but was let go.

Although to some Michael’s decision to come out may have hurt his draft stock in the NFL, Michael will become a pioneer and mentor for others that will follow in his footsteps because of his courage.