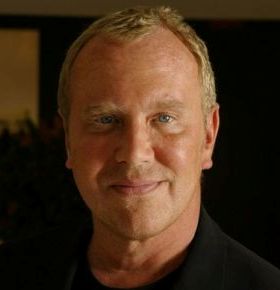 Fashion designer Michael Kors was born Karl Anderson, Jr., but when his mother remarried Bill Kors and allowed him to pick a new first name as well, he decided his new name would be Michael David Kors; little did he know one day it would be one of the most revered names in fashion. Exposed to the fashion industry early on through his mother, who was a former model, Celebrity Speaker Kors designed his mother’s dress for her second wedding when he was only five years old. The self-taught designer and future billionaire would go on to attend the Fashion Institute of Technology for a short period of time, but his rise to fame was on his own terms.

After leaving the school and working for a small boutique, where he sold some of his own clothing in a small section of the store, it was not long before others quickly began to take notice of Kors’s talent. After showing his collection at the luxury retailer Bergdoof Goodman, it was the start of an iconic career. Since launching his self-named womenswear line, Kors has expanded his company to include handbags, shoes, and jeans, as well as two additional lines. His clothing are popular amongst celebrities—Michelle Obama, Jennifer Garner, Alicia Keys, and Jennifer Lopez and more have all worn his designs in movies, during award ceremonies, and on the red carpet.

Kors is no stranger to television either; he served as a judge on Project Runway alongside Nina Garcia and Heidi Klum and made a cameo appearance in the hit show Gossip Girl. Kors has won numerous awards and accolades, such as the Council of Fashion Designers of America’s Geoffrey Beene Lifetime Achievement Award and a spot on the 2013 Time 100, which names Time Magazine’s most influential people in the world. He is intimately involved with charities like God’s Love We Deliver and the Cancer Research Institute.