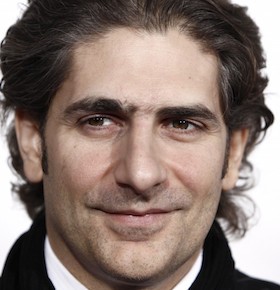 Many people best recognize actor and writer Michael Imperioli as Christopher Moltisanti from the hit HBO TV series The Sopranos. Celebrity Speaker Michael worked on the cast from 1999-2007 and was nominated for the Primetime Emmy Award for Outstanding Supporting Actor in a Drama Series 5 times and won the award in 2004. The series followed a fictional New Jersey-based Italian mobster Tony Soprano and his struggle to balance his family and criminal life. The show as a whole won 2 Peabody Awards, 21 Emmy Awards, and 5 Golden Globe awards. In 2013, the Writer’s Guild of America named the series as the best written TV series of all time.

Before becoming the star of the hit TV series, Michael was on the cast of several hit movies including the moving biographical film Lean on Me starring Morgan Freeman and the classic mob film Goodfellas. In the mid 90’s Michael would begin to procure many small roles in popular films such as Spike Lee and Martin Scorsese’s Clockers and The Basketball Diaries which starred Leonardo DiCaprio, Mark Wahlberg, and Michael’s Sopranos co-star Lorraine Bracco. Other films the talented actor has landed roles include the 1995 hit Bad Boys, the lead role in High Roller: The Stu Ungar Story, and a voice-over part as Frankie the shark in the popular Disney film Shark Tale. After working in several of Spike Lee’s films, Michael would partner with him to write and co-produce the film Summer of Sam which released in 1999. Michael became a familiar face on TV after The Sopranos and landed roles as a detective on both NBC’s Law & Order and ABC’s Detroit 1-8-7. In 2014, Michael was cast to play a role in the final season of the American comedy drama series Californication. He also has appeared on an episode of the hit show Hawaii Five-O.

In addition to being a celebrity speaker, Michael surprised many Food Network viewers after defeating U.S. soccer legend Brandi Chastain in the finale episode to win Chopped: Tournament of Stars which aired in early 2014. Before appearing on Chopped, Michael also appeared on renowned celebrity chef Mario Batali’s former cooking show Molto Mario. As an avid lover of jazz music and an active member of the Jazz Foundation of America, he co-hosted the organization’s annual benefit concert at the Apollo Theater in 2009.