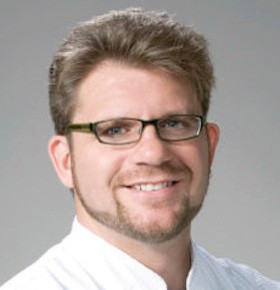 As a young boy, Cimarusti inherited a passion for cooking from his grandmother, who made delicious holiday meals. After a couple of apprenticeships, Cimarusti attended the internationally acclaimed Culinary Institute of America in Hyde Park, where he graduated with honors in 1991. After graduation, Cimarusti began working with famous New York City chef Larry Forgione at An American Place. After this job, Cimarusti began working for Le Cirque, a French restaurant in Manhattan. He eventually rose to Saucier at this organization. His success at Le Cirque later led to apprenticeships at Michelin-starred Arpege and La Maree, and also Echiverri at Fauchon. When he returned to New York, Cimarusti was invited to serve as the opening chef at the Maccioni Family’s new venture, Osteria del Circo. While there, he received a favorable review by the New York Times. After moving to Los Angeles, he worked as Chef de Cuisine at the original Spago. From there, Cimarusti soon joined the Water Grill, where he earned rave reviews, including one from the Los Angeles Times. While working there, the restaurant received a 28 point score in the Zagat survey, making it one of the most popular destinations among Zagat voters. Cimarusti went on to found Providence Restaurant in 2005, which has received a number of accolades. Providence has been named one of America’s Top 50 restaurants by Gourmet Magazine and one of the Top 40 restaurants in the US by Gayot.com. In addition, the restaurant has received recognition from Esquire Magazine and the James Beard Foundation.

Celebrity Chef Speaker Michael Cimarusti is most famous for the uni egg. His greatest influences are Le Cirques chefs’ Sottah Khunn and Sylvain Portay. Cimarusti has been featured in the LA times, Foodandwine.com, and LA Weekly. He also appeared in the reality competition show Top Chef Masters. Cimarusti is actively involved in charity, having cooked for Alex’s Lemonade Stand Foundation, a childhood cancer organization, as well as Chefs Collaborate, an organization devoted to education on sustainable food practices.