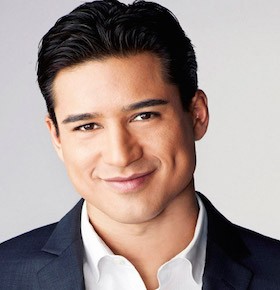 Celebrity Speaker Mario Lopez has come a long way since playing a high school wrestler on the hit television sitcom series, Saved By the Bell. Landing the role of A.C. Slater at age 16 was Lopez’ big break as it was his first long term acting job. Mario joined fellow cast mates Mark-Paul Gosselaar, Dustin Diamond, Tiffani-Amber Thiessen, and Elizabeth Berkley in the series which ran for five seasons and became known as one of the 20 Best School Shows of All Time.

Following the conclusion of Saved By the Bell, Mario went on to other acting gigs, including his portrayal of Olympic Gold Medalist Diver Greg Louganis in the TV movie Breaking the Surface: The Greg Louganis Story. Lopez then went on to star in the USA Network show, Pacific Blue, for two seasons and then to soap opera The Bold and the Beautiful.

In 2006, Mario Lopez joined the season three cast of the popular dance competition reality show, Dancing with the Stars. Mario competed against ten fellow celebrity contestants including singer and actress Willa Ford, country music star Sara Evans, talk show host Jerry Springer, actor Joey Lawrence, and NFL star Emmitt Smith. Lopez and his dance partner Karina Smirnoff made it all the way to the final round but ultimately finished as runner-up to Emmitt Smith and his partner, Cheryl Burke.