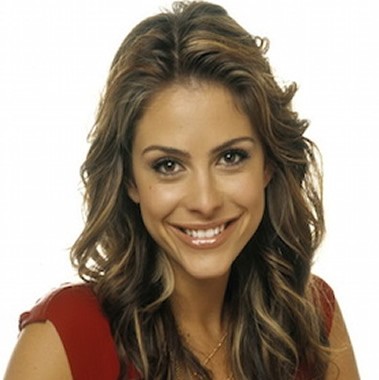 Television Star Speaker Maria Menounos has worn many hats during her career as a TV journalist, actress and New York Times Bestselling author. She is best recognized for her work as a TV correspondent for entertainment news programs such as Entertainment Tonight, Access Hollywood and the Today Show. Currently Maria works as the celebrity host of two E! Network programs, Live From E! with co-hosts Ross Mathews and Jason Kennedy and Untold with Maria Menounos. In 2015, Maria was chosen to represent the Special Olympics as a global brand ambassador to raise awareness for the Games.

She is also a popular celebrity host for reality TV series reunion shows including her work as a recurring host of MTV’s The Real World reunion show. She eventually created her own online network called AfterBuzz TV. The network syndicates podcasts and videos of after-shows for today’s biggest TV series. In 2014, Maria was named the 2014 CES Entertainment Matters Ambassador at the world’s biggest annual innovative summit each year, the Consumer Electronics Show.

Television Star Speaker Maria Menounoss first action as a TV correspondent came as a reporter for Channel One News. She conducted interviews aboard a NATO aircraft hired to protect the United States following the September 11th attacks in 2001. She interviewed NATO crew members as well as President George W. Bush himself. Maria transitioned from the seriousness of war to the world of celebrity entertainment when she signed on as a correspondent for Entertainment Tonight in 2002. It was with ET that she became a popular host on the MTV and VH1 networks before joining Access Hollywood in 2005.

As an actress, Maria found roles in a number of popular TV series. She starred in 10 episodes of The WB series One Tree Hill before appearing in other shows like HBO’s Entourage, The Mindy Project, and Bar Rescue. She also scored film roles in Fantastic Four in 2005 and Tropic Thunder in 2008. In 2011, Maria published her first book titled The EveryGirl’s Guide to Life.

Television Star Speaker Maria Menounos second book titled The EveryGirl’s Guide to Diet and Fitness was published in 2014. The book has since become a New York Times Bestseller.