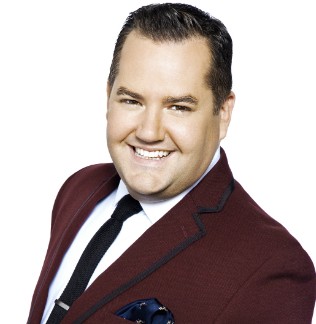 One of Hollywood’s newest television personalities and funnymen Ross Mathews currently hosts his own talk show Hello Ross that premiered on E! Network in September of 2013. Ross has appeared in a multitude of different avenues in news including hosting his own web show for The Insider, reporting with E! co-host Giuliana Rancic from the red carpet at major awards shows such as the Emmy’s, Golden Globes and Academy Awards. He was also a contestant on the VH1 reality TV show Celebrity Fit Club in 2007 whose team won the grand prize and helped Ross lose over 40 lbs.

Television Host and Celebrity Speaker Ross got his start on primetime talk-show television in 2001 when he interned behind the scenes of the renowned The Tonight Show with Jay Leno on which he was affectionately known as “Ross the Intern.” He was and continues to be a guest panelist on the late night talk show Chelsea Lately hosted by comedian and author Chelsea Handler. In 2007 he was invited to be a guest host on The View and is one of only a handful of men ever to co-host the show on ABC. He joined the E! news team officially in 2010 helping fill in for Ryan Seacrest on E! Live From the Red Carpet at several awards shows in 2010 and 2011 as aforementioned.

Aside from hosting TV shows, Ross has had several other roles including as a celebrity mob member on the NBC game show 1 vs. 100 and a guest role on the NBC daytime soap opera Days of Our Lives. In 2013 Ross released his first book Man Up! Tales of My Delusional Self-Confidence chronicling his childhood and journey to reach Hollywood. His newest project is the ecommerce store Swank.la, featuring the world’s largest selection of tile, stone, and hardwood.