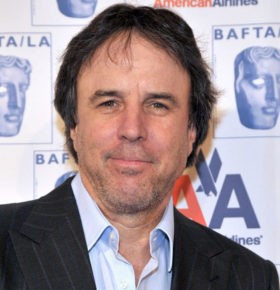 Celebrity Speaker Kevin Nealon is known for his profound sense of humor, dry wit and easygoing personality.  Kevin has made a reputable name for himself as an actor and comedian.

Kevin made his debut doing a stand-up routine for The Tonight Show Starring Johnny Carson. His big break came when he was cast as a member on Saturday Night Live. He is noticeable for the characters he created including, Mr. Subliminal, Hans and Franz and anchoring Weekend Update. Kevin was the longest-running cast member in the history of the show when he left after the ninth season. He went on to other successful ventures in stand-up comedy shows across the nation as well as starring in hit films and TV series.

Since Kevin’s first film debut in the romantic comedy, Roxanne with Steve Martin, he has gone to star in numerous comedies including Happy Gilmore and The Wedding Singer with Adam Sandler, Daddy Day Care with Eddie Murphy, Anger Management with Jack Nicholson and most recently, Just Go With It with Jennifer Aniston, Nicole Kidman and Adam Sandler.

Kevin played the role of Doug Wilson on the Showtime Golden Globe winning hit series Weeds starring Mary-Louise Parker. He has also made guest appearance on The Late Show with David Letterman as well as hosted the World’s Funniest Commercials on TBS.

In 2008, Kevin published a comedic memoir titled Pregnant, but What About Me? This book chronicles his experiences with his wife Susan Yeagley during the birth of their son Gable.

Outside of performing, Kevin is a passionate animal rights activist. He supports charities such as PETA, spcaLA, the Amanda Foundation and Farm Sanctuary. Other organizations Kevin is associated with are the Dream Foundation and Neurofibromatosis. He also appeared on Who Wants to Be a Millionaire for his charity in 2001.

With Kevin’s charitable acts, witty personality and outstanding career in comedy, it comes as no surprise that Kevin Nealon would make a great Celebrity Speaker.