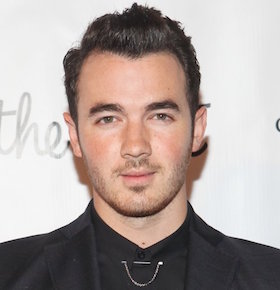 Kevin Jonas is a Celebrity Speaker and actor, but he is best known as the lead guitarist for The Jonas Brothers, a pop rock band he helped establish alongside his younger brothers, Joe and Nick. Music has always been a large party of the Jonas’ family so it was only natural for Kevin to grow up curious about different instruments. But, only one seemed to strike the right chord. As a self-taught guitarist with huge ambitions, Kevin and his brothers struck a deal with Hollywood Records and by the end of Summer 2007, their songs were heard all over Disney Radio.

Most recently, Kevin landed a seat in the boardroom of Donald Trump for the NBC hit series, “Celebrity Apprentice”. The show features sixteen contestants that compete to win the ultimate title of Celebrity Apprentice as well as a donation to a charity of their cause. Because Kevin and his family have a long history with Convoy of Hope, he chose to support this cause during the seventh season of the business-themed competition reality show.

This isn’t the first time Kevin has appeared in a reality series. He has also starred in the non-scripted television show “Married to Jonas,” with his wife Danielle, whom recently welcomed their first child. The series debuted in 2012 and follows Kevin and his family as they balance their marriage and worldwide fame.

Kevin has appeared on the cover of numerous magazines including People, Bravo, Seventeen, and Cosmo Girl to name a few. He was also a part of the Sexiest Men Alive list for People magazine in 2008.