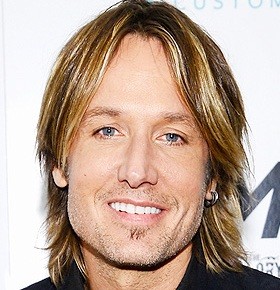 Country music artist, television personality, and celebrity speaker Keith Urban has released nine studio albums since his debut as a country artist over two decades ago. The Australia native is known for his music hits as well as his marriage to award winning actress who is also Australian, Nicole Kidman. Urban has had fourteen number one hits including But For The Grace of God, You’ll Think Of Me, Sweet Thing, Days Go By, Who Wouldn’t Wanna Be Me, Little Bit of Everything, and the top Country song of the decade, Somebody Like You.

Keith Urban has received many awards for his music during his career, including four Grammy Awards in the Best Male Country Vocal Performance category for his songs You’ll Think Of Me, Stupid Boy, Sweet Thing, and Till Summer Comes Around. He has also won several Country Music Association (CMA) Awards, Academy of Country Music Awards, American Music Awards, CMT Awards, People’s Choice Awards, and was inducted into the Grand Ole Opry, one of the highest honors for a country music artist, in 2012.

Throughout his career, Urban has appeared on countless television programs including Saturday Night Live, Late Night with Jimmy Fallon, Good Morning America, The Tonight Show with Jay Leno, The Ellen DeGeneres Show, NBC’s Today Show, Entertainment Tonight, ABC’s The View, and more. In 2012 he made his debut as a reality singing competition series judge for the Australian version of the show The Voice. Keith starred on The Voice for one season before he was recruited by Fox network to sign on as a judge for their hit singing competition series, American Idol. In 2013 he joined fellow American Idol judges Randy Jackson, Mariah Carey, and Nicki Minaj on the Season 12 series premiere which was watched by eighteen million viewers nationwide. It was later announced that Keith Urban would return as a judge for season 13 of American Idol alongside Jennifer Lopez and Harry Connick, Jr.