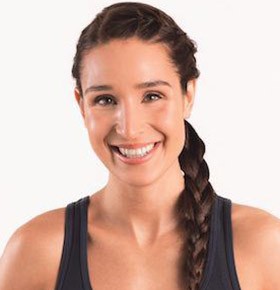 This Australian native personal trainer turned entrepreneur is taking over the fitness world one client at a time! And with millions of clients lining up to get her Bikini Body Guides and Sweat with Kayla app, she’s almost there. With her social status reaching more than 20.2 million people, social media star and fitness influencer for hire Kayla Itsines has the necessary tools she needs to build her fitness empire beyond where she ever thought it could be.

Kayla got her start in health & fitness like many other personal trainers, working at a gym. In particular though, Kayla worked a woman’s gym and she quickly realized that her machine-based classes weren’t helping the women achieve their goals. Kayla then decided to formulate her own workout plan and her clients loved it!

After all the positive attention she and her clients received from their progress, Kayla decided to turn her personal training status into a business and opened Bikini Body Training in 2013 with her partner, Tobi Pearce. Within 6 months, her Beach Body Guides sold over a million copies and Kayla had no plans to stop there.

In November of 2015, she launched her app, Sweat with Kayla, and by 2016, it was listed as receiving more revenue than any other fitness app on the market. She has also added another layer to her growing empire by going on tour. During this tour, Kayla visits different cities and conducts group workout sessions in conjunction with local organizations and fitness centers.

Kayla’s success has not gone unnoticed by anyone. Both Time Magazine and Forbes have tapped Kayla as one of the most influential people in fitness on the Internet with emphasis on her ability to build a successful business by leveraging social media to promote it. She and her partner, Tobi Pearce, were also named in BRW “Young Rich” list of the wealthiest Australians under 40 who did not inherit their money.

With Kayla’s career still fresh and young, there’s no saying what she will accomplish in her lifetime. Her skills and business-savvy nature have catapulted her to the top of the fitness industry.

Would your brand or organization like to hire Kayla Itsines to make a personal appearance or become the face of your next celebrity marketing campaign? Contact Celebrity Speakers Bureau today to hire Kayla Itsines or another top fitness influencer via email at booking@celebrityspeakersbureau.com .