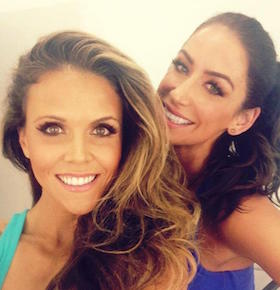 For Personal Trainers, Lifestyle Coaches, and Health and Wellness Speakers Katrina Hodgson and Karena Dawn, keeping up with their health and following a strict fitness routine was just a part of their lives as friends and workout partners in southern California. However, the two wanted to do more and their business Tone It Up was born. Katrina and Karena have developed their own community for women living healthy, fit lifestyles and they provide workouts and DVD’s, nutrition programs and recipes to help others maintain their bodies. They have an active website and YouTube channel and their first TV show Toned Up premiered on the Bravo network in January of 2014. The fitness duo has traveled around the country to promote their new series on the Today Show and CBS New York’s The Couch with more stops on the way.

As a child, Katrina struggled with her own weight and vowed to help others to overcome their weight issues. She earned a degree in Health Science and Nutrition and soon became a popular fitness and cooking guru online. She would later move to California to pursue her passion for fitness videos where she met actress, model and fitness guru Jane Fonda and helped co-designed her line of fitness videos. During this time she was a YouTube fitness video sensation and Glamour magazine recognized her work as the top fitness videos on YouTube. She has worked as a Master Trainer at both the Boston Sports Club and Equinox Club in California, where she met her future business partner Karena. Karena is an active triathlete and has dabbled in modeling for popular publications such as Shape, Women’s Health, and Vogue magazines among others. She has also done work with top fitness and athletic brands Nike, Zoot Sports, Oakley, and New Balance.

Since the two began their business and started developing their new fitness DVD’s, they have also helped develop their own line of protein powder, protein bars, and complete nutrition plans. Katrina and Karena are on their way to becoming industry leaders in all things involving fitness and nutrition. 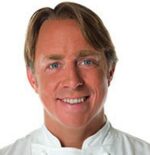