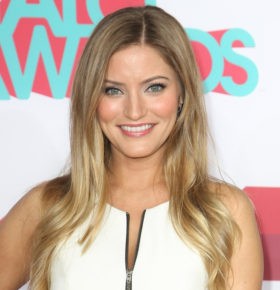 Social Media Speaker Justine Ezarik is best known as iJustine, an overwhelmingly popular YouTube personality who has amassed over 2.5 million subscribers to her YouTube channel. Justine posts videos on topics including the latest technology, video games, cooking and lifestyle tips. Since the creation of her channel in 2006, Justine has become a thought leader on growing an audience, entertaining them, and influencing them to take action through social media. In January of 2016, Justine was hired as an ambassador for the Consumer Electronics Show, helping attendees navigate the world’s biggest annual tech conference.

Social Media Speaker Justine Ezarik rose to fame in 2007 after uploading a seemingly simple video of her opening and reading through a 300-page iPhone bill from one of Apple’s first generation iPhones. The video went viral and was recycled into an advertisement for e-billing. From there, Justine began sharing humorous videos of her failed cooking attempts, lifestyle tips, and updates on the latest technology. Her ability to connect with people through social media gave her an opportunity to take her career through endorsements and partnerships with today’s top brands.

In 2008, Justine served as a member on Intel’s social media strategy advisory board, hosted The PluggedIn 5 lifestyle program, and stared in a series of ads on AT&T’s website. The following year, Carl’s Jr. hired Justine to lead a team of fellow YouTube stars tasked in creating an ad campaign for the company’s new line of hamburgers. She was also casted in small TV and film roles in Law & Order: Special Victims Unit, Vampire Diaries, and the Wedding Ringer just to name a few.

Contact Celebrity Speakers Bureau today if you are interested in hiring Social Media Speaker Justine Ezarik to make an appearance at your upcoming conference or event.