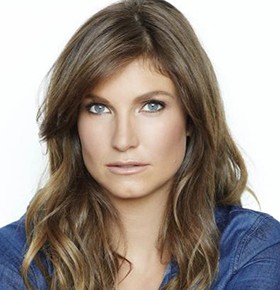 Julia Mancuso is a talented American alpine ski racer who has competed in 3 Olympic Winter Games. She is the most decorated U.S. Olympic alpine skier in history with four Olympic medals: most recently a bronze medal in the Combined event at the 2014 Winter Games in Sochi, Russia. In her first ever appearance at the Olympics in 2006, she captured the gold medal in the Giant Slalom event despite having reached the podium in just 3 prior events all season and battling pain in her right knee that was eventually traced to hip dysplasia. At the 2010 Winter Games in Vancouver, Canada, Julia would battle more physical issues this time with her back, but persevered to win 2 silver medals in the Downhill and Combined events.

Olympic Speaker Julia is an example of an athlete in relentless pursuit of their goals. Over her career in alpine skiing she has experienced many up and downs, and her record setting showing in the Junior World Championships with a total of 8 medals and 5 Gold’s from 2001-2004 hinted at the success to come for Julia. Her 2007 campaign was probably her best on the World Cup Tour when she finished the season in 3rd place overall on the circuit and won the silver medal in the Combined event. She would win the silver medal at the 2011 World Championships as well, her first medal outside the Olympics in 4 years.

Olympic Speaker Julia is ambitious off the slopes and has created her own line of women’s underwear called Kiss My Tiara as an ode to the good luck token her coach gave her during the 2005 season. Lange ski boots also named her the first Lange Girl Athlete and feature her in multiple print advertisements before an equipment change to Head skis which she uses now. Julia is actively involved in giving back to others and her community through charity efforts such as the high Fives Foundation that raises money for people with life-altering injuries sustained pursuing their dream in winter action sports.