Brandi Chastain attended the University of California-Berkeley, where she was awarded the Soccer America Freshmen Player of the Year. After battling knee injuries which caused her to miss two seasons, she transferred to Santa Clara and led them to two Final Four appearances. She first represented the United States on June 1, 1988, against Japan. She scored her first goal on April 18, 1991, in a game against Mexico, and was a key member of the gold medal-winning U.S. Women’s National Team at the 1996 Centennial Olympic Games. Brandi started and played every minute of the USA’s five matches at the ’96 Olympic Games.

Three years later on July 10, 1999 at the Women’s World Cup at the Rose Bowl in Pasadena, California, after scoring the 5th kick in the penalty shootout to give the United States the championship win over China, Brandi celebrated by peeling off her jersey and falling to her knees in a sports bra, her fists clenched. This timeless image was featured on the covers of Time, Newsweek, and Sports Illustrated. By the end of her playing days, Brandi had won two Olympic gold medals and two Women’s World Cup championships.

After retirement in 2004, has become active through her charities and is a coveted inspirational speaker. She has participated as a broadcaster for the 2008 and 2012 Summer Olympics Women’s soccer coverage as well as the 2011 Women’s World Cup. Brandi Chastain is endorsed by Nike, Volvo, Powerbar, Gallery Furniture, Pfizer and 24-Hour Fitness, Brandi is also the spokesperson for Centrum Ultra. Brandi specializes in sports clinics, public speaking and autograph signings.

BOOKS: It’s Not About the Bra: Play Hard, Play Fair, and Put the Fun Back Into Competitive Sports

TO WORK WITH BRANDI CHASTAIN: Celebrity soccer star Brandi Chastain can be hired for endorsements and events in roles such as corporate appearances, endorsements, speaking and autograph signing. 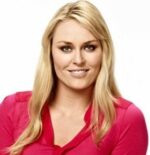