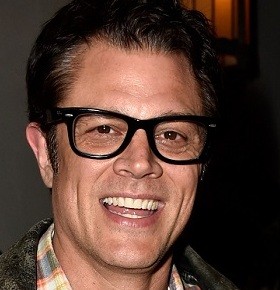 Actor, producer, comedian, screenwriter and celebrity speaker Johnny Knoxville dreamed of a big career in Hollywood at a young age and got his start onscreen in small roles as an extra in films and in commercials. After a brief career as a freelance writer pitching ideas to a variety of magazines, Knoxville got his big break when he met skateboarding magazine owner Jeff Tremaine while pitching an idea where he would film himself testing self-defense equipment. The humorous stunts inspired the idea for a series which captured the interest of MTV executives and in 2000 the hit series Jackass came to life. The show featured Knoxville and his friends and co-stars as they performed crazy pranks and stunts for amusement. Jackass ran for three seasons and launched the careers of Johnny and co-stars Bam Margera, Jason “Wee-Man” Acuna, Steve-O, and more. It also spawned the ideas for several films including Jackass: The Movie in 2002, Jackass Number Two in 2006, Jackass 2.5 in 2007, Jackass 3D, Jackass 3.5, and most recently, Jackass Presents: Bad Grandpa in 2013.

Following the success of Jackass, Johnny Knoxville was cast in his first lead role, as Luke Duke in the 2005 film The Dukes of Hazzard which also starred Seann William Scott, Jessica Simpson, and Willie Nelson. Throughout his career, Johnny has been featured on countless television programs including The Tonight Show with Jay Leno, The Ellen DeGeneres Show, Saturday Night Live, Late Night with Conan O’Brien, and voice acting on animated several animated series including Family Guy, King of the Hill, and SpongeBob SquarePants.