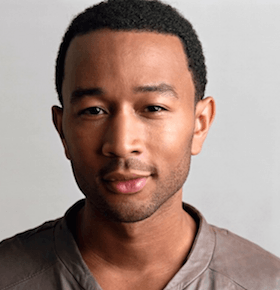 Celebrity Speaker John Legend is a singer, songwriter, actor and entrepreneur who is at the top of the music industry. For all of his work, Legend has been nominated for and received numerous awards. He has won 10 Grammy Awards, a Golden Globe and an Academy Award for Best Original Song for writing “Glory” which was featured in the movie Selma. In 2007, John Legend received the Hal David Starlight Award from the Songwriters Hall of Fame, an award also won by the likes of Taylor Swift, Drake and Alicia Keys. Legend is notorious for his collaborations with other great artists including Lauryn Hill, Jay-Z, and Kanye West. He is currently married to model and television personality Chrissy Teigen.

Aside from his music career, John Legend is deeply committed to his philanthropic efforts and helping those less fortunate than he. He has promoted raising HIV/AIDS awareness and testing efforts. He partnered with Tide after Hurricane Katrina to help those so devastatingly affected by it. He also was appointed to the Forum of Young Global Leaders by the World Economic Forum.