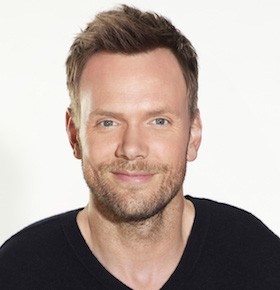 Joel McHale is an American actor, comedian, producer and TV personality that gained popularity after he began hosting E! Network’s hit show The Soup. Joel also has a recurring role as Jeff Winger on the NBC comedy TV series Community that is into its 5th season on air. Joel began his stand-up comedy career after solidifying himself as a prominent TV personality and he was appointed to headline the White House Correspondents’ Dinner in May of 2014. Joel’s sarcastic comedic routines are reminiscent of other great masters of sarcasm like Bill Murray and Chevy Chase.

In the early 1990’s, Celebrity Speaker Joel got his start in comedy with a role on Almost Live!, a sketch comedy show that aired on local Seattle TV channel King-TV. He was also a part of a Seattle-based improv group Unexpected Productions from 1993-1997 before landing small acting roles on TV shows including CSI: Miami, Will & Grace, and Diagnosis: Murder.  Joel’s work on The Soup is what allowed him to find his niche in celebrity entertainment. Joel writes, produces and hosts the show featuring the latest celebrity stories in popular culture and reality TV news. Aside from his position with E! Joel has made guest appearances in other TV productions including The Adam Carolla Show, Sons of Anarchy, and Tosh.0. Joel first ventured into stand-up comedy in 2007 and now tours regularly and has headlined at shows such as the New York Comedy Festival and Just for Laughs Chicago.

Aside from his work as a TV personality and comedian, Celebrity Speaker Joel has held roles in several films including Spider-Man 2, Ted, and Lords of Dogtown. He replaced Ashton Kutcher in the film Open Season 2 doing voiceover work as the fast-talking mule deer Elliott. Joel and his quick wit have also been utilized as a host for special events including the American Giving Awards and the Film Independent Spirit Awards.