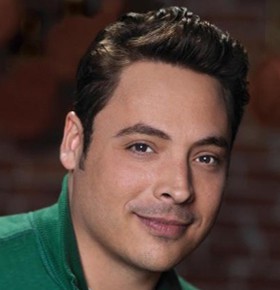 Television personality, Food Network host, and Celebrity Chef Speaker Jeff Mauro took the culinary world by storm when he won the seventh season of The Next Food Network Star. Chef Mauro’s humorous and likable persona as well as his strict concentration on sandwiches gave him an edge over the competition. Rejecting criticism that there wasn’t enough variety or skill to judge if he just cooked sandwiches throughout the entire season, celebrity chef Jeff Mauro stuck to his guns and wowed the judges. After chef Mauro won The Next Food Network Star, Chef Jeff was named host of Food Network’s The Sandwich King, a show completely devoted to sandwiches! So far the show has been through four successful seasons and counting. Celebrity chef Jeff Mauro was nominated for a day-time Emmy Award for his work on Sandwich King which he barely lost to Iron Chef Bobby Flay’s show, Barbeque Addiction.

Following Sandwich King’s wild success, Celebrity Chef Speaker Jeff Mauro launched a second Food Network series in late 2012. His new show, called $24 in 24, features Chef Mauro traveling to a new city each episode around the United States where he has only twenty four dollars to spend for all of his meals, breakfast, lunch, and dinner, in one day.

Chef Jeff Mauro has made guest appearances on several other television programs throughout his career. He has been featured on NBC’s Today Show, Late Night with Jimmy Fallon, and cooking shows including The Best Thing I Ever Made and Cupcake Wars. Jeff was also asked to participate as a contestant on the cooking competition show Chopped All-Stars: Food Network vs. Cooking Channel. The episode featured celebrity chefs Nadia G. and Gabriele Corcos from the Cooking Channel, and Jeff Mauro and fellow Food Network personality, Sunny Anderson. The two Food Network stars battled it out in the final round where Mauro was defeated but still came out a winner for the Food Network team. In 2014, Mauro became a co-host on the Food Network’s series, The Kitchen.