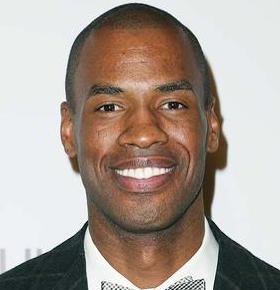 Diversity Speaker Jason Collins is a retired American professional basketball player who became the first openly gay athlete in any of the four major U.S. sports when he signed a contract with the Brooklyn Nets on February 23, 2014. Jason came out publicly in a cover story for Sports Illustrated that hit newsstands in May of 2013. The piece was written by Jason himself and he received a warm reception from then NBA Commissioner David Stern, President Obama and other players in the NBA including Kobe Bryant. Jason played in the NBA for 13 seasons before retiring on November 19, 2014. That same year he was named 1 of Time magazine’s 100 Most Influential People in the World.

Since coming out publicly in 2013, Diversity Speaker Jason Collins has become an ambassador for the LGBT community and a thought leader on diversity and social inclusion. In 2015, Jason was a featured keynote speaker at the 4th annual Doha Goals Forum where he spoke about the power of sports to create positive social change.

Jason’s basketball career began at Stanford University where he played for four years alongside his twin brother Jerrod. He was an All-Pac-10 selection in his senior season and was selected 18th overall in the 2001 NBA Draft by the Houston Rockets. He was traded to the New Jersey Nets and spent his first year in the NBA helping the Nets to their first ever NBA Finals appearance in 2002. The next season, Jason was a regular starter and the Nets reached the NBA Finals for a second year in a row.

He would remain with the Nets until 2008 when he was traded to the Memphis Grizzlies and again later that year to the Minnesota Timberwolves in a deal for young prospects Kevin Love and O.J. Mayo. Over the next four years, Jason would play for 4 more teams the Atlanta Hawks, Boston Celtics, Washington Wizards, and Brooklyn Nets. Although Jason’s career numbers sit just below 4 points and 4 rebounds a game, Jason was heralded for his defense and his ability to greatly impact the scoring abilities of the opposing center.

After his announcement in Sports Illustrated, Diversity Speaker Jason Collins made appearances on several TV shows including Late Night with Jimmy Kimmel, Oprah’s Next Chapter, and Inside the NBA with Kenny Smith, Charles Barkley, Shaquille O’Neal and Ernie Johnson.

Diversity Speaker Jason Collins is available for a variety of events including keynote speaking engagements, moderated Q&A sessions and other personal appearances.