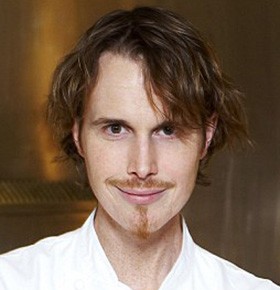 The list of awards that Celebrity Chef Speaker Grant Achatz has received during his tenure in the culinary industry is a mile long. Chef Achatz is known as one of the leaders in molecular gastronomy and progressive cuisine. In 2003 he was named “Rising Star Chef of the Year”, “Best Chef in the United States” in 2008, and was a “Who’s Who Inductee” of the James Beard Foundation in 2012. Among his other awards are the AAA Five Diamond Award and Jean Banchet Award for Best Celebrity Chef.

Celebrity Chef Speaker Grant Achatz has worked under prestigious chefs such as Thomas Keller in the highly acclaimed restaurant The French Laundry. He was also the Executive Chef at Trio in Illinois. During his three years there he increased their four-star Mobil Travel Guide rating to five stars, becoming just one of 13 restaurants at the time to be awarded with such an honor.

Celebrity Chef Speaker Grant Achatz has appeared on several television programs throughout his culinary career. He has been featured on Unwrapped, The Best Thing I Ever Ate, At the Table with…, and as a guest judge of Bravo’s Top Chef alongside celebrity chefs Tom Colicchio, Gail Simmons, Toby Young, and Padma Lakshmi.