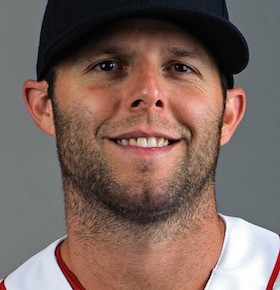 Sports speaker and professional baseball player Dustin Pedroia made his first appearance in the Major Leagues in 2006 and has played for the Boston Red Sox ever since. Pedroia is a decorated player with awards including the Major League Baseball Rookie of the Year Award ( which he won in 2007), the MLB Most Valuable Player Award in 2008, a four-time All-Star, and an American League MVP award. Dustin played in his first American League Championship Series as a rookie in 2007 where he helped his team earn a spot in the World Series by hitting a 2-run homer and a 3-run double against the Cleveland Indians. The Red Sox faced the Colorado Rockies in the World Series and in the first at-bat of game one; Pedroia gave his team a boost by hitting a home run at their home field, Fenway Park. The Sox went on to win the World Series title by winning Game Four and sweeping the Colorado Rockies.

Dustin Pedroia and the Red Sox got another chance at the World Series title in 2013 as they went up against the St. Louis Cardinals. In game six of the series, the Boston Red Sox went on to defeat the St. Louis Cardinals six to one. It was an historical moment as the first time in ninety five years that the Red Sox won the World Series at Fenway Park. It also marked Dustin Pedroia’s one hundred sixtieth game played for the Sox, making him the only everyday player on the team to play more than one hundred fifty games during a season.