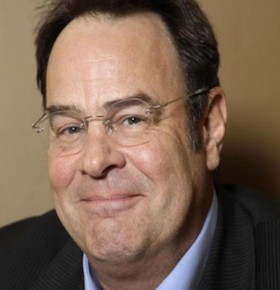 Funny Motivational Speaker Dan Aykroyd has enjoyed quite the career in the entertainment industry as a successful TV and film comedic actor and screenwriter. He is known as one of the founding members of the NBC comedy sketch series Saturday Night Live that celebrated its 40th anniversary in 2015. Dan was an original cast member of the show beginning in 1975 with the likes of Chevy Chase and the late John Belushi. He won an Emmy Award for Outstanding Writing in a Comedy-Variety or Music Series in 1977. The overwhelming success and longevity of Saturday Night Live can in part be attributed to Dan’s comedic genius and his early vision for sketch comedy on TV.

This popular comedian joined the Second City comedy troupe in 1973. This comedy troupe proved to be a breeding ground for many eventual SNL stars. Just 2 years later he would help create the sketch comedy show that gained him wide-ranging fame as a young comedian. His creativity as a writer and ability to act out the roles on camera. One of his most famous skits was the creation of The Blues Brothers traveling band with Belushi. The skit was so popular it was eventually turned into a movie in 1980. Dan is a talented musician in real life and was a co-founder of the music venue House of Blues with close to 30 locations in the U.S. and Canada.

His storied career as an SNL actor and writer helped create bigger and better opportunities as he moved up in the entertainment ranks.

He received an Academy Award nomination for Best Supporting Actor in the latter. In 1984, he co-wrote and acted in the hit film Ghostbusters. Dan has since released a Ghostbusters sequel and is working on Ghostbusters 3 to be released in 2016. Dan has also invested his money in his own business. He is the co-founder and part owner of Crystal Head Vodka introduced to the public in 2008.