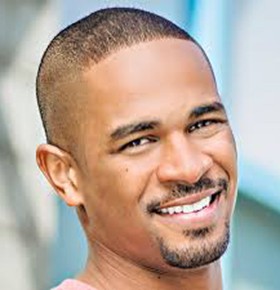 Celebrity Speaker Damon Wayans Jr. is an actor, writer, and stand-up comedian. He is widely known for his role as Brad Williams in the ABC ensemble comedy series Happy Endings and for his role as Coach in the Fox comedy series New Girl with costars Zooey Deschanel, Jake Johnson, and Max Greenfield.

In 1994, Celebrity Speaker Damon Wayans Jr. made his film debut on the superhero comedy-parody film Blankman, portraying Young Kevin. Beginning in 2002, Wayans appeared on the show My Wife and Kids as John, one of Junior’s friends. He later began contributing as a staff writer on the series. In 2006, Wayans began appearing in and serving as a writer for The Underground, a sketch comedy series. Wayans’ second film appearance came in the 2009 movie Dance Flick. Beginning in 2011, Wayans starred as Brad Williams on the ABC comedy series Happy Endings. The show was unfortunately canceled in 2013, despite critical acclaim and a cult following. For his performances on this show, Wayans was nominated for Best Supporting Actor in a Comedy Series at the NAACP Image Awards and Critic’s Choice Television Awards. In addition to his work on Happy Endings, Celebrity speaker Damon Wayans Jr. has also been featured in the comedy series New Girl. In 2014, Wayans starred in the comedy Someone Marry Barry, a movie where a trio of childhood friends tries to find a wife for their socially inappropriate friend Barry. In addition to these major appearances, Wayans has also appeared on the 2012 Web Series Happy Endings: Happy Rides and for one episode in National Terrorism Strike Force: San Diego: Sport Utility Vehicle. In addition to Blankman and Dance Flick, Wayans contributed his voice to the 2010 live action film Marmaduke, and he also appeared as a detective in The Other Guys. Damon Wayans recently acted in the film Let’s Be Cops, which was released in August 2014 and provided the voice of Wasabi in Big Hero 6. He is currently filming for the movie How to Be Single, which will debut sometime in 2016.