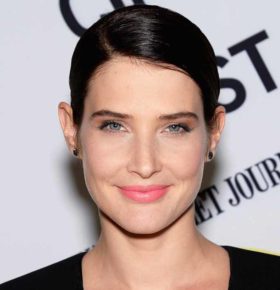 Canadian native, celebrity speaker, and actress Cobie Smulders has been working in the entertainment industry for over a decade appearing in films and television series since her first guest starring role in the Showtime series, Jeremiah in 2002. Since then, Smulders has guest starred on several popular television shows including Tru Calling, Smallville, The L Word, How to Make it in America, ABC’s series Agents of S.H.I.E.L.D., and Hollywood Game Night. She is most well known for her role on the extremely popular sitcom series, How I Met Your Mother, in which she appears alongside cast members Neil Patrick Harris, Josh Radnor, Jason Segel, Alyson Hannigan, and Cristin Milloti. In 2014, Smulders was nominated for her role on the sitcom alongside Alyson Hannigan for a People’s Choice Award in the Favorite TV Gal Pals category.

Throughout her career, celebrity speaker Cobie Smulders has also appeared in many motion pictures including Walking Tall, Ill Fated, The Long Weekend, Grassroots, Safe Haven, and The Avengers which also featured award-winning actor Robert Downey, Jr., Chris Evans, Chris Hemsworth, Scarlett Johansson, and Samuel L. Jackson. Cobie starred in the sequel to The Avengers, titled Captain America: The Winter Soldier, which was released in 2014 featuring actress Emily VanCamp and famous actor Robert Redford, and she reprised her role, Agent Maria Hill, yet again in the 2015 film Avengers: Age of Ultron. She also voiced a Lego version of Wonder Woman in the 2014 animated film The Lego Movie.

Cobie Smulders has also appeared on countless talk shows throughout her acting career including ABC’s The View, The Late Late Show with Craig Ferguson, The Bonnie Hunt Show, Live with Kelly and Michael, Entertainment Tonight, The Talk, and many others.