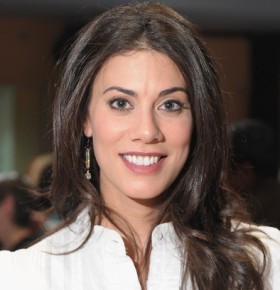 Celebrity Chef Speaker Claire Robinson is a professional chef most well-known for being a television host and personality. Robinson received her education from the University of Memphis and her culinary education from The French Culinary Institute in New York City where she found her passion for cooking Southern and French cuisine. After graduating, Chef Robinson went on to work as a personal chef in New York City while she also simultaneously furthered her television career working with Food Network and PBS culinary production teams for television shows Easy Entertaining with Michael Chiarello and Everyday Baking for Everyday Food.

After a few years of learning the tricks of the trade in culinary production, Celebrity Chef Speaker Claire Robinson was chosen to be host of Food Network’s cooking series, 5 Ingredient Fix. Then in 2010, Food Network hired Chef Claire for a second series, replacing Keegan Gerhard as host on Food Network Challenge. In 2011, Chef Claire competed on Chopped All Stars Tournament: Food Network Personalities against Celebrity Chef Duff Goldman who hosts the show Ace of Cakes, Chef Robert Irvine from Dinner: Impossible, Worst Cooks in America, and Restaurant: Impossible, and Chef Anne Burrell who is host of Secrets of a Restaurant Chef and Worst Cooks in America. Chef Robinson was voted off second after Chef Goldman by the celebrity chef judges Marcus Samuelsson, Alexandra Guarnaschelli, and Marc Murphy. Claire Robinson has appeared on several other shows including Grill It! with Bobby Flay, Big Daddy’s House, The Nate Berkus Show, The Best Thing I Ever Ate, and as a host of Chef Race: UK vs U.S. alongside Richard Corrigan. She is currently co-host with Richard Corrigan of Chef Race: UK vs US on BBC America.