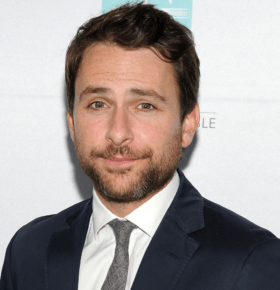 Celebrity Speaker Charlie Day is as multi-faceted as they come; while he plays Charlie Kelly on the television series It’s Always Sunny in Philadelphia, he also serves as the executive producer of the show and one of the writers. Acting alongside Danny DeVito, Kaitlin Olson, Rob McElhenney, and Glenn Howerton, Charlie has been with the show since its start in 2005. The series, which centers on a motley crew of dysfunctional friends running a bar in Philly, has already been given the green light for the next two seasons. Charlie has also played various roles in movies across a variety of genres, further highlighting his versatility, from the science fiction action flick Pacific Rim (2012) to animated films such as The Lego Movie (2014) and Monsters University (2013). His other notable parts have included a role in the 2011 film Horrible Bosses, which starred fellow actors Jason Bateman, Jason Sudeikis (who previously teamed up with Charlie in the movie Going the Distance in 2010), Jennifer Aniston, Kevin Spacey, and Jamie Foxx. Charlie continued his success in the sequel Horrible Bosses 2 and providing his voice for The Sims 4. Charlie’s résumé as a producer includes the television series How to Be a Gentleman and Unsupervised.

Charlie’s success comes from his go-getter attitude and his refusal to be deterred by failure, tidbits of advice he shared with the Merrimack College graduating class of 2014 in a graduation speech that quickly spread like wildfire over the Internet. Charlie showed a different side to himself than the illiterate and unstable character he plays on It’s Always Sunny. In reality, he is witty and articulate, and also an accomplished piano player who worked hard to get where he is today. Currently Charlie is working on writing a television show that is still in the works called Boldly Going Nowhere with his It’s Always Sunny co-stars Howerton and McElhenney.