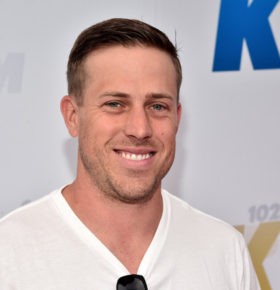 Sports speaker Case Keenum has already accomplished so much in the sport of football for only being in his mid-twenties. Growing up in Texas, where the motto for every young boy is ‘eat, sleep, play football’, Keenum was destined to partake in the sport. After leading his team to win the Texas Class 3A Division I Championship, Case was offered a scholarship by the University of Houston which he gladly accepted. While playing for the Houston Cougars football team, Keenum earned several awards including the award for Conference USA Most Valuable Player in 2009, Conference USA Most Valuable Player in 2011, the Premier Player of College Football Trophy, and was twice awarded the Sammy Baugh Trophy for being the nation’s top college passer.

Following his successful college football career, Case Keenum signed with the Houston Texans of the National Football League (NFL) in 2012. Although he remained on the practice squad his first year, Case was added to the team’s roster for the 2013 season as a third string quarterback behind second string quarterback T. J. Yates and starting quarterback Matt Schaub. Following an injury that prevented Schaub to play in week seven of the NFL season, the Texans’ head coach Gary Kubiak made the surprising announcement that Keenum would be starting instead of Yates for the following game against the Kansas City Chiefs. On October 20, 2013, Case made his first appearance as a professional football player. With some of their strongest players out due to injuries, Case Keenum led the Texans through a hard fought battle against the Chiefs, and although they didn’t win the game, Keenum had a victorious debut. In 2014, he was traded to the St. Louis Rams (now the Los Angeles Rams), where he currently plays.