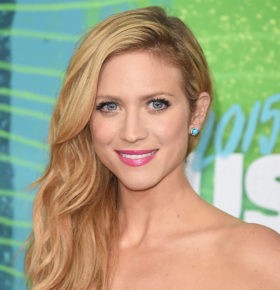 Brittany Snow is a talented American TV and film actress whose roles in musical comedies have also showcased her impressive singing abilities. After getting her start in daytime television, Brittany would land roles in the major motion pictures John Tucker Must Die, Hairspray and her latest work as Chloe Beale in Pitch Perfect and Perfect 2. Brittany is also the co-creator of the Love is Louder movement, a project to stop bullying in schools.

Celebrity Speaker Brittany’s first acting gig was as a troubled teenager on the daytime soap opera Guiding Light from 1998-2002. She was nominated for a few Young Artist Awards and won the Young Artist Award for Best Young Actress in a daytime TV series. She would spend the next 3 years working as a cast member on the NBC TV series American Dreams and for a year as a cast member on the third season of Nip/Tuck. Her first major motion picture role came alongside Vin Diesel in the family comedy The Pacifier before beginning her roles in musical comedies. Brittany and the cast of Hairspray was nominated for the Screen Actors Guild Award for Outstanding Performance by a Cast in a Motion Picture and won a Hollywood Film Festival Award for their exceptional performance. She branched out to a different genre in 2008 and was the main role in the horror film Prom Night about a killer obsessed with a high school senior.

While delivering performances in films, Celebrity Speaker Brittany Snow also continued to make appearances in TV shows including Law & Order: SVU, Gossip Girl, and a role on the main cast of NBC’s legal comedy drama Harry’s Law. She has also been featured in music videos for acts such as Ashley Tisdale and singer-songwriter L.P., and on the movie sound tracks for Hairspray and Pitch Perfect.