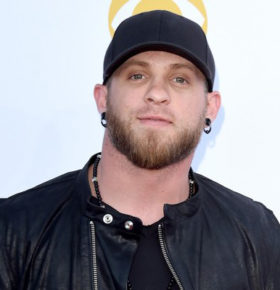 Celebrity speaker, Brantley Gilbert, is one of country music’s most talented singers and songwriters. Born and raised in Jefferson, Georgia, Gilbert moved to Nashville, Tennessee to pursue a career in songwriting with independent record labels, but after performing at several local venues, he was picked up by a division of Big Machine Records for his singing abilities as well. He released his first major album in 2011 titled Halfway to Heaven. The album quickly took over the country music charts with Brantley’s first two singles off the album, Country Must Be Country Wide, and You Don’t Know Her Like I Do, hitting the number one spot. Following the success of the album, Brantley won the American Country Music Award for best New Male Artist in 2013.  Gilbert released his second album, Just As I Am, in 2014. The first single off the album, Bottoms Up, followed suite of his previous singles claiming the number one spot on the country music charts. In addition to his own album work, Gilbert has also written songs for country stars Colt Ford and Jason Aldean, including Aldean’s number one chart toppers My Kinda Party and Dirt Road Anthem.  Brantley has also had the pleasure of touring with some of the biggest names in the business.  In 2011 he took part of Willie Nelson’s Country Throwdown Tour and the Taste of Country Christmas Tour. The following year he spent on the road with Eric Church for his Blood, Sweat and Beers tour, and Toby Keith for the Live in Overdrive tour. He also received his own tour, Hell on Wheels, for the first time in his career. Most recently, Gilbert traveled with Tim McGraw for his Two Lanes of Freedom Tour, and hit the road for his second tour, Let it Ride, with Thomas Rhett and Eric Paslay.