Celebrity Speaker Blake Shelton has enjoyed a wildly successful music career in addition to being a popular judge on NBC’s hit singing competition series, The Voice.

After signing with Giant Records in 2001, Celebrity Speaker Blake Shelton made his entrance to the country music scene in 2001 with his single “Austin.” The single experienced great success with 5 weeks at the Number One spot on the Billboard Hot Country Songs chart. After his first album was released in 2001, Shelton was transferred to Warner Bros. Recording where he capitalized on his early success with 8 more albums.

His second album dropped in 2003, entitled “The Dreamer,” and was followed by “Blake Shelton’s Barn & Grill,” “Pure BS,” “Startin’ Fires,” “Red River Blue,” and “Based on a True Story” in 2013. His 6th album “Red River Blue” featured the hit single “Honey Bee” which reached no. 1 on the Billboard Hot Country songs chart. “Based on a True Story” also boasted a hit single with “Sure Be Cool if You Did,” which reached no. 1 on the charts. Shelton decided to delve into the holiday scene with his 2012 Christmas album, “Cheers, It’s Christmas.” The album reached no. 1 on Billboard’s Top Holiday Albums and no. 2 on Top Country Albums. 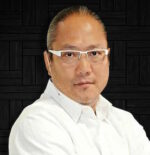 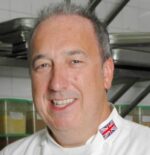