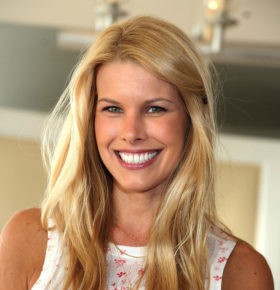 Beth Ostrosky Stern is the other half to radio personality Howard Stern, but the actress and model holds her own. Celebrity Speaker Beth Stern got her start as a model in both the United States and Europe. She has been featured on the cover of numerous magazines and calendars, from the North Shore Animal League 2014 calendar, for whom she is a national spokesperson, to For Him Magazine, which has repeatedly put her on their list of 100 Sexiest Women of the Year. Although she does not consider herself an actress, Beth has appeared in numerous films and television shows like Tyra Bank’s America’s Next Top Model, All of Our Children, and Flirting with Disaster alongside Ben Stiller. She is also a popular talk show guest, having been on The Today Show, Live with Kelly and Michael, Late Night with Jimmy Fallon, Rachael Ray, and of course, her husband Howard’s show.

Along with talking with famed hosts like Jimmy Kimmel, Rachael Ray, Wendy Williams, and Ellen DeGeneres, Beth is also a special correspondent for EXTRA and Entertainment tonight. Additionally, she formerly hosted two HGTV series, Posh Pets and Mom Caves, as well as National Geographic’s Spoiled Rotten Pets. For all of her life, Beth has been an animal advocate and lover, and it shows in her home and professional life. Beth owns six rescue cats and has helped over fifty more animals find a safe and loving home. In 2014, the animal lover was selected to host the American Humane Association Hero Dog Awards with Terry Bradshaw. The event attracts celebrities and pet lovers alike, from Miranda Lambert to Betty White. The television personality’s book Oh My Dog: How to Choose, Train, Groom, Nurture, Feed, and Care for Your New Best Friend added New York Times Bestselling author to Beth’s already extensive résumé. In 2014, Beth also wrote a children’s book titled Yoda: The Story of a Cat and His Kittens.