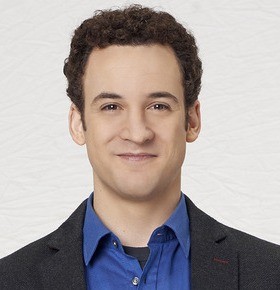 American actor Ben Savage is fondly recognized as Cory Matthews, the main character of the ABC TV sitcom Boy Meets World that originally aired from 1993-2000. Alongside former Boy Meets World co-star Danielle Fishel, Celebrity Speaker Ben is set to reprise his role as Cory Matthews only this time as the father of the main character in a spin-off series called Girl Meets World. The show will bring back many nostalgic memories for the young men and women who grew up watching the classic American sitcom. After his success as a child star, Ben would go on to play roles in other TV series as well as a handful of films.

Ben and older brother Fred were both child actors growing up and together starred in the 1989 film Little Monsters. Ben would then appear in two more major films including Big Girls Don’t Cry… They Get Even and Clifford. It was around this time he took on his role as Cory Matthews on the hit ABC sitcom and Ben was one of only two actors to appear in all 158 episodes of Boy Meets World along with co-star Rider Strong. His performance on the show earned him several Young Artist Award nominations for Best Performance by a Leading Young Actor and during the show’s tenure he would also take roles in the made for TV film Aliens For Breakfast and TV miniseries Wild Palms.

Celebrity Speaker Ben Savage became a familiar face of 90’s TV and his success would lead to more opportunities after he graduated from Stanford in 2004 with a degree in Political Science. In 2006 he starred in the acclaimed independent film Palo Alto about several college friends who have returned home from college on their first Thanksgiving Break. Ben also starred in episodes of the NBC action comedy Chuck, the CBS drama Without A Trace, and Fox’s popular TV series Bones in 2011 before agreeing to begin work on the new  Disney Channel sequel Girl Meets World.