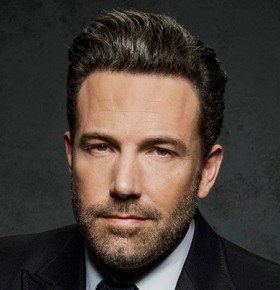 Celebrity Speaker Ben Affleck is an actor, movie producer, director, and screenwriter who became a movie star celebrity in the late 90’s with the release of the film Good Will Hunting.

Alongside close friend and fellow actor, producer, and screenwriter, Matt Damon, the two wrote the screenplay and starred in the film together, for which they both received an Oscar for Best Original Screenplay. Since then, Ben Affleck has starred in several box office hit movies including Armageddon, Shakespeare in Love, Forces of Nature, Pearl Harbor, The Sum of All Fears, He’s Just Not That Into You, Gone Girl and more. Affleck has won countless awards including the Golden Globe Award for Best Supporting Actor in a Motion Picture for Hollywoodland in 2006. His greatest successes have been his most recent work, which takes place behind the cameras. Directing and producing films has brought Affleck much acknowledgement in the last few years. For his direction in his 2010 film, The Town, and 2012 film, Argo, Ben received the Golden Globe Award, Directors Guild Award, and BAFTA for Best Director as well as the Golden Globe Award, Producers Guild Award, BAFTA, and the Academy Awards for Best Picture. He shared the Oscar for Argo with Grant Heslov and George Clooney who also produced the film.

Ben Affleck is also being seriously considered for prestigious acting roles as well as directing and producing. In 2013 it was announced the he is set to star in the ‘Man of Steel’ sequel playing the role of Batman. Affleck will play opposite Henry Caville who plays Superman, along with other costars including Amy Adams, Laurence Fishburne, and Diane Lane who were all in the original film and director Zack Snyder, producer Christopher Nolan, and script writer David S. Goyer. The Man of Steel sequel will premiere worldwide in July of 2015.