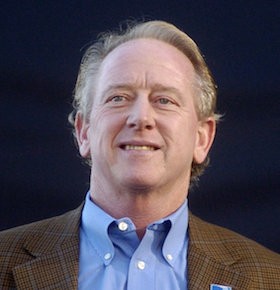 Sports Motivational Speaker Archie Manning is a former quarterback who played college football for the University of Mississippi and in the NFL for the New Orleans Saints, Houston Oilers and Minnesota Vikings. He is the father of multiple Super Bowl champion quarterbacks Peyton and Eli Manning. His eldest son Cooper was a standout high school football star whose career was cut short after he was diagnosed with spinal stenosis at 18-years-old. Archie has now become a popular keynote speaker for sports award ceremonies, business conferences and other special events.

Archie grew up in Mississippi and earned a reputation as a multi-sport star in high school. He was drafted 4 times by Major League Baseball teams but decided to pursue football at the University of Mississippi. He started at quarterback for 3 seasons and was a heralded passing and running threat. Ole Miss has cemented his legacy in Runnin’ Rebels lore by retiring his #18 jersey and reducing the speed limit on campus to an apropos 18 miles per hour. In 1989, Archie was inducted into the College Football Hall of Fame.

Sports Motivational Speaker Archie Manning was the 2nd overall pick in the NFL Draft by the Saints in 1971. He played 10 seasons in New Orleans and was one of the shining lights of the organization during the 70’s. He was among league leaders in passing several seasons but a poor supporting cast and offensive line made it near impossible for the team to win games consistently. Throughout his playing career, Archie was a humble star and never blamed his teammates for the team’s lack of success.

Following his NFL career, Archie settled into life as a father and worked as a spokesperson for several local companies in Louisiana as well as UPS. In 2013, he was selected as one of the inaugural 13 members of The College Football Playoff Selection Committee.

Contact Celebrity Speakers Bureau today if you are interested in hiring Sports Motivational Speaker Archie Manning as a keynote speaker for your upcoming corporate conference, leadership summit, awards ceremony or other special events.